In Kherson 15-year-old staged a shooting on the Playground 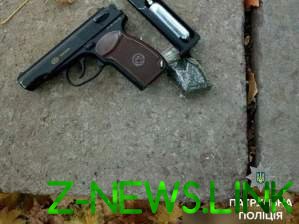 The shooter was detained.

In Kherson the police detained a minor who staged a shooting on the Playground.

The call to police came in yesterday around 18:00. The Complainant reported that on the Playground in the yard of one of houses in the street of the 28th Army, several young men shooting the gun. At the address set out immediately to one of the crews.

On a place inspectors saw the unknown. He noticed the patrol car and took off, trying to escape. Police caught up with him. During a cursory inspection in the fugitive found a subject similar to the gun, and a bag with a substance of unknown origin.

The guy gave his name and claimed that he is already 18 years old. However, documents was. Patrol called to the scene investigative team of the Dnieper police Department. Later there has arrived the father of the detainee. The guy immediately called the real name and reported a different date of birth. 15-summer hersonets and father gave to the investigators for clarification of all circumstances of the incident.

Similar to the gun object and the substance was seized for examination. 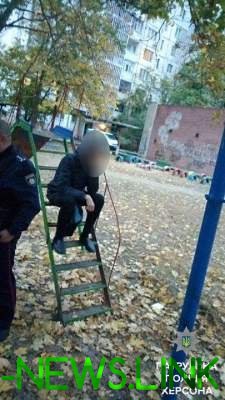