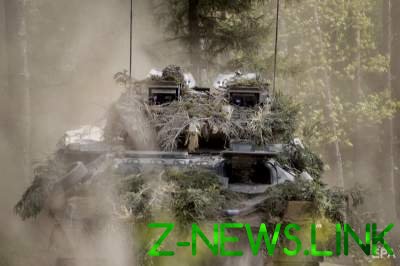 Three-week maneuvers will be held in the North-East of the country.

Three-week maneuvers will be held in the North-East of the country, attended by about 9 thousand people from 13 countries, the report said.

It is reported that the most intense phase of the exercise will be held from 2 to 10 may in the North-East. The exercise will involve army, air and naval fleets of the participating countries.

“The defence force will check the synchronization of plans of the battles, the interaction between levels of government and the readiness of units to perform combat tasks,” – noted in the armed forces of Estonia.

The damage that would be caused to the roads, forests and fields of the country as a result of the “Spring storm”, will be reimbursed by the armed forces of Estonia, said on air of the Estonian public broadcasting company ERR commander of the armed forces Martin Herem.

Ukraine has intensified its cooperation with NATO in 2014, amid the annexation of Crimea by Russia and the beginning of Russian aggression in the Donbas. At the end of 2014, the Verkhovna Rada adopted a law that requires the refusal of Ukraine from the policy of non-alignment. In June 2017, the Parliament approved a law confirming Ukraine’s intention to join NATO.