Home / WORLD / If the woke mob manage to cancel Dave Chappelle, our culture will wither to a bland nothingness

If the woke mob manage to cancel Dave Chappelle, our culture will wither to a bland nothingness 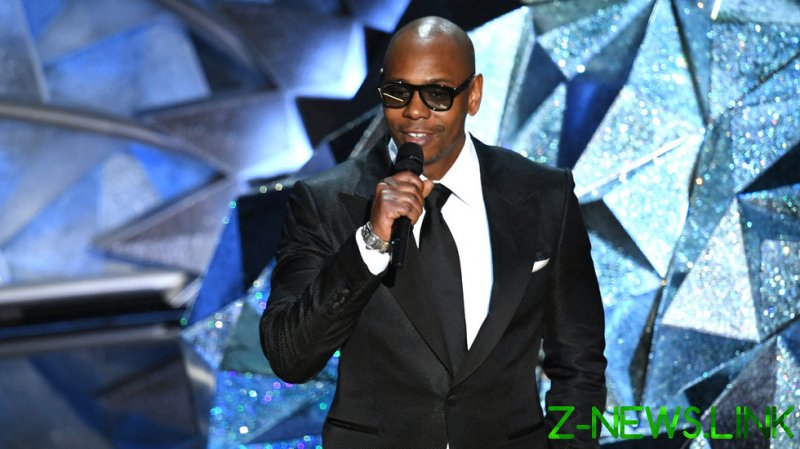 I am not offended by the comedian Dave Chappelle, not even a tiny little bit. I reckon he’s just about the funniest man in the world.

Chappelle is a black guy. I’m a white bloke and, if the woke mob actually listened to what he says instead of squealing and reaching for their Twitter account, it’s actually white people who he attacks the most.

And listen, even if I was offended… so what? It wouldn’t kill me; I would simply make a choice – I would choose NOT to watch him. Isn’t that what you’d do, too? Watch something else, something nice and safe like a rerun of ‘The Waltons’, or whatever?

We wouldn’t try to stop OTHER people watching him. We’d leave it up to them. Choice. Free will.

But that’s the crucial difference between people like us and the woke mob, especially the vocal transsexual element of that mob. It’s actually trans WOMEN (women who were born with a penis) within that mob that make the most noise.

Chappelle takes aim at Jewish people, Asians, he has a pop at the military, too, and gays are firmly fixed in his sights. Everyone, it seems to me, is fair game for his cutting brand of humour. And thank the Lord for that.

I won’t be switching Dave Chappelle off because I think he’s funny as hell and right out there on the edge, where ALL the best artists gather. Be that comedians, writers, songwriters, painters or even that weird new breed – the influencer. Those kids who post stuff on social media and YouTube and generate a gazillion hits. They’re artists, too, kind of. Unfortunately, plenty of them have nothing much to say and some tend to be right in the middle of that woke mob – whipping them along with their Tweets.

Chappelle pushes his audience and makes them laugh, but he also makes them wince and, perhaps most important of all, he makes them think. I reckon he’s a comedy genius. Chappelle, and artists like him who are free to speak their minds, are vital threads in the very fabric of our society.

The Guardian’s reviewer, of course, didn’t like the show, as is his right: “The trouble is, the phobic jokes keep coming – and Chappelle’s efforts to ironise them, to dance around rather than wallow in the boorishness, are derisory. They’re often plain weak, like the predictable ‘suck my d**k’ punchline to his joke about feminism needing male leadership.”

The Vulture reviewer wasn’t too keen either. “It’s hard for people to trust that you respect the queer community when you announce that you’re ‘team Terf’, make a point to mix up the letters in ‘LGBTQ’ and pepper your work with the slurs your peers have largely hung up.”

Again, fair enough. He has a right to his opinion. And, to be fair, I kind of get the argument in both The Guardian and The Vulture. Neither of those reviewers, crucially, demanded he be cancelled.

But then things get scary. A civil rights group I have never even heard of called the National Black Justice Coalition has demanded Chappelle be removed from Netflix.

Oh dear, no, no, no. Netflix, please, please, no, do not listen to this bloke David Johns or anyone like him.

Are there young – funny as hell – comedians out there that have now become neutered by all this woke nonsense and have watered down their acts to a bland nothingness that nobody wants to watch or listen to?

Take another favourite of mine, Billy Connolly, who was a forerunner for Dave Chappelle. Connolly was a welder in a shipyard who emerged out of Glasgow in the 1970s, his mother left him when he was a child and he was abused and belittled constantly by his aunts and, sexually, by his own father.

I find him side-splittingly funny, a joy to watch because of the great joy he takes in this thing called life, despite his own pain and inner turmoil. And he’s right out there on the edge too, entirely unafraid of giving offence. How would people like Chappelle and Connolly ever make it into the public eye if the woke mob truly got their way?

Now if millions upon millions of people like me are NOT offended by Dave Chappelle, why should we be denied the right to watch him by a tiny yet vocal mob that is perpetually offended anyway. Who appointed these people?

Is there like a woke bomber up there in the digital skies, painted in rainbow colours? Is there some kind of offence-o-meter, the opposite of those old fashioned clap-o-meters, that measures the depth of their ‘pain’? And if they bring someone down, and get them cancelled, do they slap one of those kill stickers like they used to do in the First World War on the side of that bomber? Dave Chappelle’s face with a big red line through it?

Free speech is what is at stake here, with all this woke idiocy, and yes – I’m very sorry if it hurts your feelings – but that also means the freedom to be offensive. If you don’t like it, take action and protect yourself; switch it off. Just don’t switch my TV off at the same time. I’m an adult, I can make my own decisions.

Why isn’t that obvious to everyone? What is the end game for the wokeys? A world in which everyone is afraid to speak their mind for fear it gives offence? Don’t you realise that this is exactly the kind of world Adolf Hitler and his Nazis wanted to create?

A fascist mob or a woke mob; it’s still a mob.

I urge any upcoming comedians and artists to be as offensive as you feel your material requires, the woke mob isn’t actually real – they’re mostly keyboard warriors hiding online. Face them down, in person.

It’s only the cultural arbitrators in Los Angeles and New York and London who feel their heat anyway. So what. Their power is limited too. An audience in a working men’s club in the north of England or a club somewhere in the Midwest of the US will still laugh their proverbial tits off at your jokes. And if it’s funny, if it’s cutting and prescient, if it works – that laughter can never be defeated. It will break through, for sure… especially if there’s big money to be made.

Chappelle’s new Netflix special ‘The Closer’ was released earlier this week and I watched it last night. I’ve seen all of Dave Chappelle’s Netflix shows and reams of stuff on YouTube. Because he makes me smile, he makes me laugh and he makes me think.

I didn’t actually think this one was all that good though, to be honest. He felt a wee bit cowed to me and his jokes are getting a little tired. He maybe needs a break, to go away and dream it all up again.

He actually went off on one at the end of his show and it wasn’t funny; it was scary and sad. It was a personal plea to the trans-community to stop attacking his tribe: Comedians. Chappelle even recounted a story of how a trans-woman comedian friend posted something on social media in support of her friend Dave Chappelle, and she was – of course – hounded by the mob.

To her death. She killed herself. You’re not right, wokeys: In fact, you’re dead wrong.