Home / economy / If the Belarusian ruble is similar to the Euro?

If the Belarusian ruble is similar to the Euro? 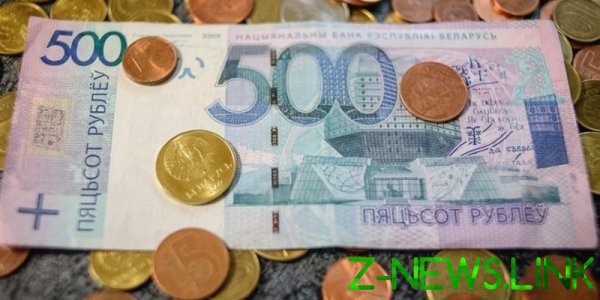 Three years ago when they passed the denomination, the credibility of the national currency was quite low. Comparison of new money with the Euro, which was done by the President, have caused many a smile. In three years, the Central Bank managed to fix the image of the national currency. Experts believe that confidence in the ruble will continue if the team happy will not change.

A life without zeros in my head

The new banknotes, which are in monetary circulation of Belarus three years, were made in 2008. However in 2009, as explained by the authorities later, “due to the global economic crisis and the worsening economic situation in the country” the denomination has been postponed.

The decision to postpone the denomination came in handy. In 2009-2015, while foreign exchange market was in a fever, the new money was in the Central vault of the national Bank. Redenomination took place on 1 July 2016, when the new team of the national Bank has conducted a tight monetary policy and reduced the degree of tension on the currency market.

Time has shown that the abandonment of the policy of printing money and let inflation reduce to historic lows, and the exchange rate was stable as never before. Three years after the denomination in the dollar exchange rate in Belarus rose by only 1.9%, the Euro by 4.7%, the Russian ruble — by 3.8%.

A stable exchange rate of the Belarusian ruble provided quite a positive image of new money. If it persists, additional zeros on the Belarusian banknotes will appear soon.

“We in 2016 was a denomination, and we believe that the purpose of a denomination is reached. First and foremost, we managed to reduce transaction costs incurred by the economy in terms of cash that was in circulation,” — said the Deputy Chairman of the national Bank Dmitry Lapko.

Among the positive effects of a denomination, he also took the introduction of coins in monetary circulation.

“Coins allowed to reduce the production costs of cash handling. The lifespan of coins is about 10-15 years service life notes from eight months to three years”, — said pad. In his view, the important effect of the denomination resulted in the fact that the population could “get rid of the zeros in my head.”

Answering questions of journalists, he stressed that “the national Bank is now pursuing a responsible monetary policies” to ensure price stability in the country and enhance confidence in the national currency.

By the way, the national Bank prepared the draft strategy of increasing trust to the national currency, which includes the program of events.

“The document is being approved by relevant state agencies, including the government. We hope that the document will be adopted this year and everything that depends on us in this direction, we will do”, — said Dmitry Lapko, answering questions BelaPAN.

In General, the national Bank intends to strengthen confidence in the national currency. Financial market analysts believe that if the current team in the management of the Bank continues, the monetary authorities will make every effort to improve the image of the national currency. Although, of course, the bright future of the Belarusian ruble depends not only on the actions of the Central Bank.

The formula of stability of the Belarusian ruble

Absolutely all financial analysts agree that a stable rate of the Belarusian ruble in recent years after the denomination is the result of the efforts of the national Bank and the absence of serious external shocks.

“The Belarusian ruble in contrast to the Euro strongly depends on the exchange rate of the Russian ruble and the situation in Russia. So it is premature to say that our currency is the same solid as the Euro. While it is gratifying to know that thanks to the efforts of the national Bank, including responsible monetary policy, the exchange rate of the Belarusian ruble remains stable,” said senior analyst of Forex Club Valery Polkhovsky.

According to analysts of the financial market, the Belarusian ruble is unlikely in the foreseeable future will be as a hard currency like the Euro or the dollar, but ideally may become the main currency for savings in the country.

“Confidence in the currency is largely formed due to the low and predictable inflation. National Bank is now committed to ensuring that the population of measured prices in the national currency and kept their savings in it. Such are the goals set is possible and necessary”, — said in comments to the BelaPAN the senior analyst “Alpari” Vadim Iosub.

Risks to the stability of the national currency

Experts expect that in the absence of external and internal shocks, the exchange rate of national currency can be as stable as the last three years after the denomination.

By the way, last Friday the national Bank has circulated the annual report which clearly says that the main financial stability risks associated with the solvency of enterprises.

“The most significant risk to financial stability in 2018 remained the credit risk in the banking sector. During the reporting period increased proportion of non-performing assets of banks against the background of the lack of improvement in the financial situation of the enterprises of real sector of economy”, — stated in the report of the national Bank.

The debt burden of state-owned enterprises is of concern to observers. The crisis of 2015-2016 has shown that in difficult times corporate debt of state enterprises transformed into public debt.

“If not to restructure state enterprises, and increasing the national debt will go further, which will lead to another devaluation. She will eat those $ 500 paycheck, which will lead to serious social consequences. They will be more than any effects of restructuring of the public sector”, — said at the June meeting in Minsk, the General Director of the Business school IPM Pavel Daneiko.

Experts believe that internal risks emanating from public sector are the main internal threat to the stability of the ruble.

“In that case, if the state will have to massively perform the obligations of state-owned enterprises, the solution may be a trivial issue. Potentially these risks, given the prevailing low efficiency of a number of SOEs exist. These risks are not allow to say that our ruble guaranteed a bright future”, — said Iosub.

Therefore, experts believe that the right steps to minimise such risks.

“State-owned enterprises fulfil an important social function providing employment. However, the public sector did not generate risks to financial stability, for the stability of the national currency, it is necessary to increase the efficiency of state-owned enterprises”, — believes Alexander Sabodin.

Analysts finrynka think it’s a good idea the intention of the Ministry of Finance to be published by the end of 2019 the report on fiscal risks that emanate from the public sector.

“If the government is to clarify which risks to financial stability for the national currency brings support for chronically unprofitable enterprises, the society will Mature understanding of the need for appropriate reforms”, — concluded Valery Polkhovsky.