Home / WORLD / ‘I am the Democratic Party,’ Biden declares, making Trump and Twitter cringe: ‘Not according to Harris’ 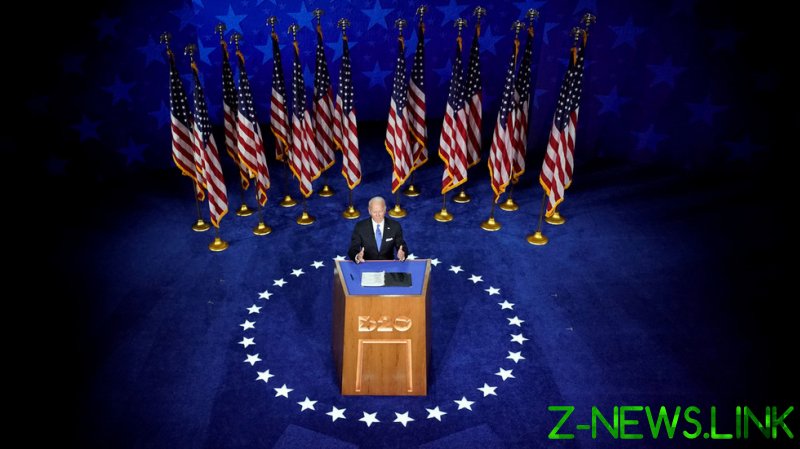 “The American people have a right to have a say on a SCOTUS nominee,” Biden said when discussing the possibility of Amy Coney Barrett being confirmed to the Supreme Court to take over Ruth Bader Ginburg’s seat. The former vice president argued Barrett could help to overturn both Roe v. Wade and the Affordable Care Act.

“Your party wants to go socialist…and they’re going to dominate you, Joe. You know that,” said Trump, repeating an accusation he’s repeatedly made against Biden.

“The party is me right now,” Biden shot back.

Trump has accused Biden of being a socialist and controlled by the “far left” numerous times. Biden’s “I am the Democratic Party” response has already been earning head-scratching reactions on Twitter, with Biden being accused of being “off-kilter” and making a “horrifying statement.”

Biden supporters, however, seem to be celebrating the declaration that Biden is the Democratic Party, including Trump critic and ‘Real Time’ host Bill Maher.

“More of that, Joe,” Maher tweeted.