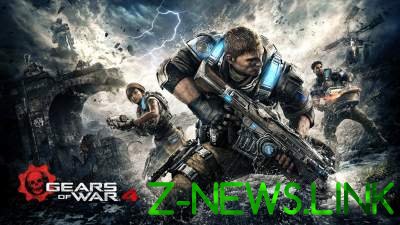 In Gears of War 4 for Xbox One X will have two modes: pretty and productive.

All sorts of graphical improvements for Xbox One X will not only new games but also some older. Microsoft has released a new trailer for Gears of War 4 and showed how peasant action will Shine on “the most powerful console in history.”

In Gears of War 4 for Xbox One X will have two modes: pretty and productive. In the “productive” story campaign and cooperative “Horde” work at 60 frames per second and 1080p resolution. However, the game will still appear sharper textures and some graphical effects are not available on normal Xbox One.

In the fore picture. The number of frames per second in campaign and “Horde” is reduced to 30, but the resolution increased to 4K (i.e., 3840×2160), and the textures are kind of “ultra-quality”.

While in multiplayer, both graphical work about the same: 4K and a stable 60 FPS, although with adaptive resolution.

Gears of War 4 will receive a free graphic update along with the launch of Xbox One X, that is November 7, 2017.