As promised by the publishing house “Eksmo”, the new Bentley little book saw the light in October. The novel “Legacy” (His Father’s Son) came out of the bowels of the print shop and slowly begins to conquer the trading platform. For example, in the official store publishing house at the time of writing this article it cost only 325 rubles.

Joseph Nye put in hospital in serious condition; a short time left to live on this earth. In addition, the old man’s mind became deranged, and almost all the time he spends either unconscious, or in terrible bouts of madness. But one day, in one of the rare periods of enlightenment, Joseph looked at his son Steve and said, “I killed her”. And that was the last intelligible words he said. Bewildered and frightened, Steve decided in that whatever was to figure out who, when and for what killed his father. Though, because for some reason he is sure it will be very important for him…

The clown on the cover as a hint: those who do not buy the book, not be good. And let the ball in his hand, not red (red scopelitis Pennyways), in the seriousness of his intentions believe without difficulty.

The print run was 2,500 copies. Hardcover, 352 pages, the usual recommendation from Stephen king. On the Russian novel translated by Natalia Kholmogorova, familiar to readers of the series on “the Insurer”.

See also:  The star of "the vampire Diaries" will be the witch in "Hellboy"

We got the first fifteen pages of the book, so before you run to the store or to order from the Network, flip through the introductory fragment. This will help you make the right decision. 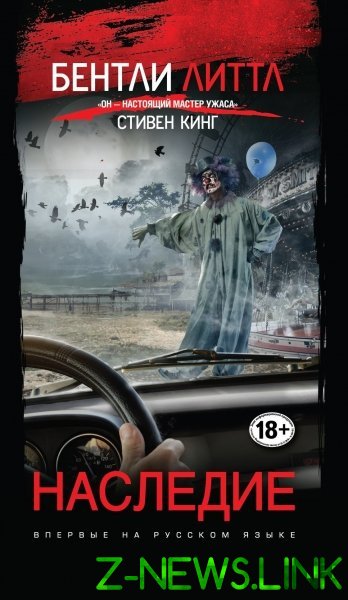