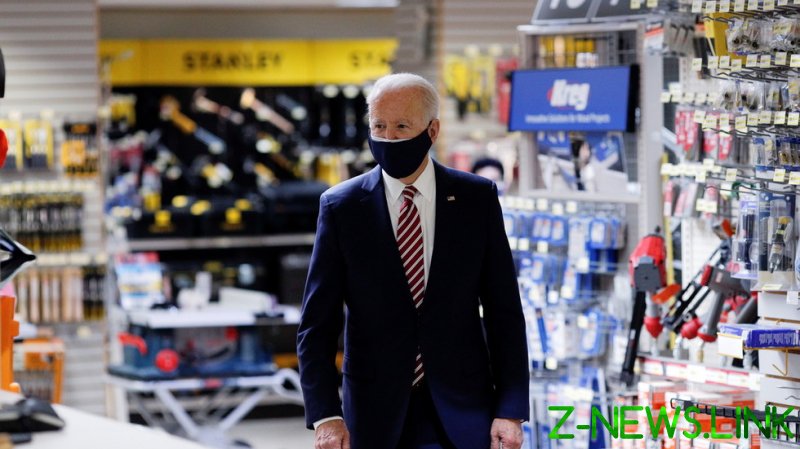 Asked “how confident are you that Joe Biden is physically and mentally up to the job of being president of the United States,” 50 percent of respondents in a Rasmussen poll conducted among 1,000 likely US voters in the first week of March, responded that they were “not confident.”

Only 48 percent responded that they were “confident” or “very confident” about Biden’s physical and mental fitness.

A track record of public gaffes and verbal stumbles has led to numerous theories about the 78-year-old’s mental competency, the most recent of which was the president seemingly forgetting Defense Secretary Lloyd Austin’s name and referring to him at a White House event this week as “the guy who runs that outfit over there.”

Biden’s lack of solo press conferences and his frequent unwillingness to take direct questions from reporters is also concerning people, according to the poll, with 52 percent saying they are worried about the fact he has not hosted a press conference alone since entering office. Over 40 percent said they were not concerned about that, however.

Donald Trump Jr. responded to the poll, saying there was “ZERO” chance only 50 percent of people had questioned Biden’s mental fitness, and that, instead, the figure represented the percentage willing to “say it out loud.”

An event on Tuesday at a Washington DC hardware store added fuel to the fire for those critics who had been accusing Biden of dodging the press. The president visited W.S. Jenks & Son, which had received a PPP (Paycheck Protection Program) loan in the past two weeks, but, even here, on what might be perceived as a good-news occasion, Biden refused to answer questions from the press.

White House Press Secretary Jen Psaki has said Biden would be holding a press briefing before the end of the month, but has not given a specific date. Asked on Monday whether Biden would be taking “more extensive” post-briefing questions than he has so far faced during interviews, she said, “I don’t know.” Psaki pushed back against claims Biden was hiding from the press, touting the oft-used line that he had conducted “more than 40 Q&As” since he had become president.