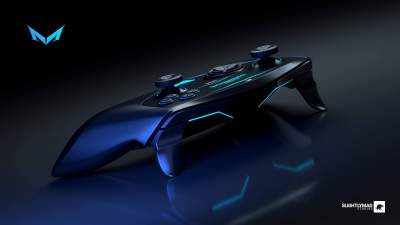 Mad Box has surpassed a game console Sony PlayStation 5 in all.

The demand for video games across the globe is growing rapidly, but sales of consoles drop, because everyone is waiting for news. One of these must become a Sony PlayStation 5, with which the producer pull, and this adversely affects the entire gaming industry. Many gamers have abandoned consoles, starting to use personal computers, of course, games. For those who are not willing to abandon a comfortable controller to use keyboard and mouse available an interesting alternative called Mad Box.

Creator of the game Project Cars, that is, the company Slightly Mad Studios, got tired of waiting for the appearance on the market of gaming consoles the Sony PlayStation 5, which is still not even presented to the public, so she decided to create her own console called Mad Box. The head of the game Studio, Ian bell already said about what features it will boast. In addition, he is in his Twitter account published an official image of future trends, the establishment of which is now actively underway.

It is reported that the computational power of consoles Mad Box exceeds 10.5 teraflops, enabling it to run games in the resolution 4K UHD (2160p) at 60 frames per second. If someone wants to use a virtual reality helmet, he could count on the frequency of 120 frames per second, and this can make the picture in the helmet indistinguishable from that in the real world. In addition, this “killer” Sony PlayStation 5 will please all buyers lighting and stylish design.

Even on the final appearance of the new console still work, but it is likely to look exactly as on the published official images. Thus, gamers waiting for the console with lots of luminous elements, and their color and brightness can be adjusted independently. In gamepad Mad Box will be built a special display and touch. With its help, users are able to type, and also perform many other actions, until the receipt of tips in the games.

Studio Slightly Mad Studios has not said when it will release its gaming console, but there is every reason to believe that Mad Box announce as early as this 2019.