G7 nations to provide 1 billion Covid-19 vaccines for ‘neediest’ countries, but it’s not enough, says WHO 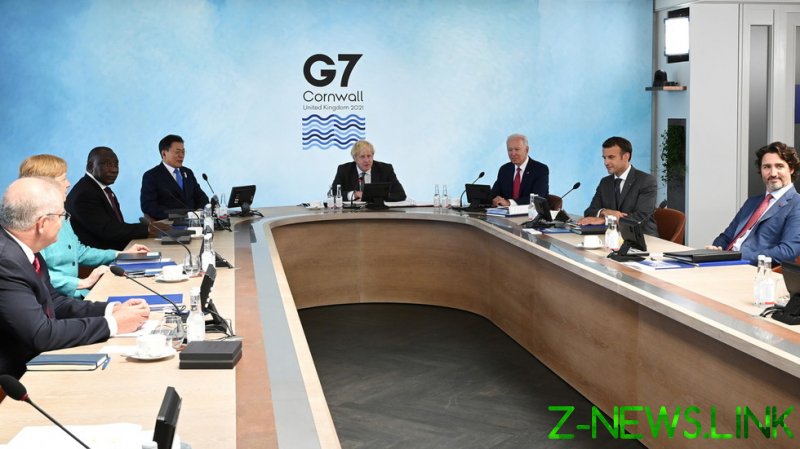 On the final day of the G7 meeting in Cornwall, England on Sunday, the group announced that it had agreed on a shared agenda to “end the pandemic” by “driving an intensified international effort, starting immediately, to vaccinate the world by getting as many safe vaccines to as many people as possible, as fast as possible.”

“Total G7 commitments since the start of the pandemic provide for a total of over two billion vaccine doses, with the commitments since we last met in February 2021, including here in Carbis Bay, providing for one billion doses over the next year,” the statement boasted, adding that the priority was to provide “affordable vaccines for the poorest countries” by working with the private sector.

The G7 members are the United States, the United Kingdom, Canada, France, Germany, Italy, and Japan, and also includes representatives of the European Union. This year, the leaders of Australia, India, South Korea, and South Africa were also invited as guests.

Despite the high vaccine export target, World Health Organization (WHO) Director-General Dr. Tedros Adhanom Ghebreyesus warned that the number is not enough to stop the pandemic.

“To truly end the Covid-19 pandemic, our goal must be to vaccinate at least 70% of the Earth’s population by the time the G7 meets in Germany next year,” he said, explaining that “to do that, we need 11 billion doses.”

“We welcome the generous announcements made about donations of vaccines, but we need more, and now,” he concluded.

After being asked by a reporter on Sunday about the WHO director-general’s remarks, Johnson said he rejected the notion that the UK and other G7 countries weren’t doing enough. He noted that the UK is “one of the biggest donors in the world” and that “in spite of having to spend £407 billion supporting jobs and families and livelihoods in this country, we’re spending £10 billion supporting the poorest and neediest around the world.

“I think people understand that we’re still the second-biggest aid contributor in the G7 and I think people can be very proud of it,” the prime minister declared.