For months we skip the path that Europe took centuries 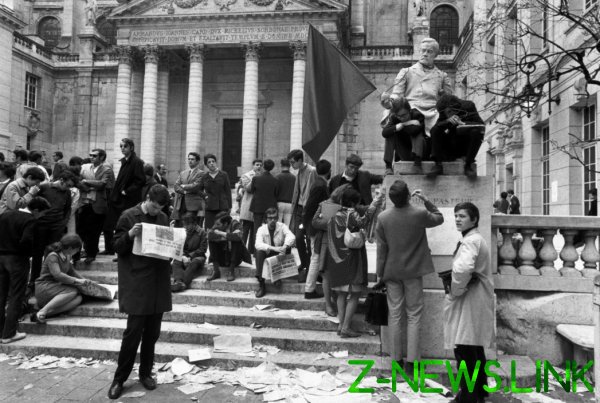 Long I watched for a discussion about politics in universities with the participation of their colleagues — like-minded people, opponents and mediators — and I’ll have to make my ComingOut. For me there is no question of the place do politics in the University. Because the University is a place of political by definition, is one of the loci of the birth of modern politics (and modernity itself), along with Parliament square, theater, cafe, club but while having Supreme authority, even greater than the authority of the government and the churches, autonomy and privacy. At the University, as in the temple, unable to escape protesters (as in the Sorbonne in 1968, where he barricaded students) on campus is prohibited the entrance of the police. (In theory, of course). The University will inevitably be a political statement and to form political preferences, because knowledge itself is deeply political, for it carries with it relations of power, as taught by Michel Foucault, if we talk about Paris ‘ 68. The right to political statements and political positions is won over the centuries the corporate privilege and part of University autonomy.

But there’s an important border. The University is a place of political debate, not a political organization, when he was a student at MSU in the 1980s, I’ve seen enough (and I confess, I newcastlewest) in the work of the Komsomol and party cells. At the University there should be no forms of party campaigning, membership and accounting, I’m the first to be removed from information boards poster of “United Russia” and any other party, including share me the slogans of the opposition. Last week, part-time students, a supporter of the liberal democratic party, sent me a good job in political regionalism, the analysis of the statements of Zhirinovsky on federalism in Russia, which ended the direct glorification of the leader, and I was asked to rewrite it according to academic standards of neutrality and critical eye. Again, political statements, criticism, opposition, Yes, party politics and organization — no.

In this sense, I was unexpectedly surprised by the appeal of Alexei Navalny in his Manifesto-program of assistance to political prisoners in the case on July 27, “at least in the Tower and in the University to create an initiative group and distributing work methodically to talk with EACH student. To talk about what happened, offer to put the signature in support of the call for the meeting. And just get a huge list with the census: for anyone who is against”.

I did too much during the school year fill in the statements as a teacher, and I admit that I don’t love it as hate at all institutional power over the student, given to me by the Professor. And I wouldn’t want to fill out another statement (and where is the guarantee that it will not fall into the hands of embedded provocateur-echnica) and to engage in political profiling of our students. Alexei Navalny, I share many of your views, but here I categorically against.

As for the rallies, then I’m happy when I see my colleagues and students at meetings (including the so-called “unauthorized” — I for the notification, not authorization rallies, in my opinion, any peace rally sanctioned by article 31 of the Constitution, and unsanctioned by those Executive authorities, which prohibit the citizens to use their constitutional right), I do not hide their political affiliation on Facebook, but I’m never going to encourage their students to rallies, and just not going to dissuade them from participation — rights colleague Gregory Yudin who writes that the campaign against student rallies, “do not go, children, to Africa to walk” — another form of paternalism and restriction of freedom. And similarly, I will not ask students about their political (and any other) orientation — it’s against my professional ethics.

But in General, the unexpected positive result of the police terror of the cold summer of 2019 was the discussion about politics in universities, which a year ago was impossible to imagine. We turn from the archaic to the present, we for the months of shooting through the same path that Europe took centuries, we have these years in stock, and we are rapidly spoken and are defined by professional and civic strategies of Modernity in the face of the Leviathan with a paddy wagon and a baton. And I’m glad that “Tower” was at the forefront of this struggle for modernity — although the human cost of this sudden politicization of the University is prohibitive.

Sergei Medvedev, a journalist, a Professor of Economics