Home / economy / Far Eastern hectare: why it is not needed and the gift

Far Eastern hectare: why it is not needed and the gift 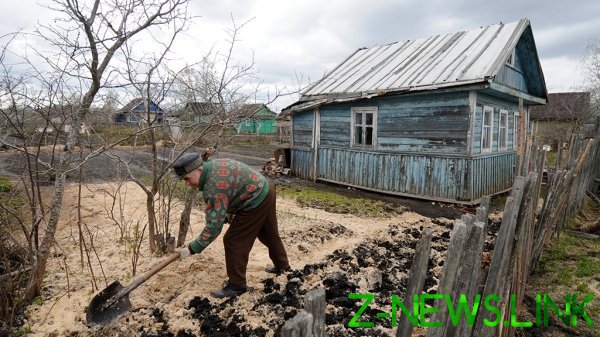 Why the continued outflow of population from the Far East.

The government allocates tens of billions of rubles on development of the Far East, including under the program “far Eastern hectare”. But those wishing to come and start business here is negligible. To take land on lease to the Chinese — is also not an option. In the end, an outflow of population to the “great land” continues, the region is empty.

Prime Minister Dmitry Medvedev on Monday, may 6, ordered to allocate an additional 1 billion roubles for support of agricultural business in the far East. Eleven far Eastern regions will receive the money within three years. This year — 360.3 million rubles in the following — 338,1 million and 370,2 million in 2021.

Officials allocate the funds within the framework of the Federal project “Creation of system of support of farmers and development of rural societies” and the national project “Small and medium entrepreneurship and support of individual business initiative”.

A billion is a bit. Especially when it comes to distribution by regions. For example, the Kamchatka territory will receive this year’s 39.8 million rubles, Primorje — 96,5 million roubles, specified on the official website of the Agency for the development of human capital in the far East (the structure of the Ministry for development of Russian Far East and the Arctic “Газета.Ru”).

Most of the money will give the Republic of Sakha (Yakutia) — 287,2 million. And in the Magadan oblast, for example, will have only 26.5 million rubles.

But really, a billion is only a small part of a truly gigantic investments in the far Eastern region allocated from the Federal center.

According to the Finance Ministry, the state budget for the year 2019 and the period until 2020-2022. it is planned to allocate for development of the far Eastern Federal district 123 billion roubles Of them 45,3 billion this year.

A significant portion of these funds is somehow connected with the implementation of the program for the revival of the Far East, turning the region into the territory of advanced development and breaking the trend in the outflow of the population from the outskirts of the Empire in the “great land”.

Free, that is, a gift

Under this idea three years ago, President with the filing of the Plenipotentiary Yuri Trutnev has approved, among other initiatives, the program “far Eastern hectare”. According to the law, the land within 1 hectare is granted for 5 years on the basis of the contract of uncompensated use. At the expiration of five years, mastered the method enables us to draw in the ownership or long term lease.

The first hectare was given only local and it was the small size of the “lifting” on the relocation and settlement in place. Willing to move almost not found and the program DV-hectare maximally liberalized. And added cash incentives. Including subsidies and soft loans for starting a business, for the purchase of building materials for housing. Immigrants provide grants “beginning farmer”, “Agrostroma”, etc. are Paid compensation for acquisition of agricultural machinery, equipment, mobile shopping sites.

However, the program stalled in the second year after launch in 2016. Even subsidies the Russians do not want to take. “From the beginning of programme implementation (to January 2019) measures of state support have used about 1.8 thousand recipients “far acres” in the amount of 523 million rubles,” — said “Газете.Ru” in the Agency for the development of human capital.

Now for the free distribution of land to the people sliced the order of 188 million hectares. But with the beginning of the program took only 67 803 of the citizen of the Russian Federation.

Even before the Department is 5.4 thousands of applications, for which a positive decision on the granting of land.

Total Dalnevostochny hectare has been popular for 73 thousand Russians.

“Among the inhabitants of regions legalnewsline free hectares the most popular among Muscovites and residents of Moscow region. From them comes every fourth statement of the total number of recipients of “hectares” of legalnewsline of regions”, — said the Agency.

Moreover, some of them new owners hectare, taking land until it decided to do with it.

Options for opening a business not so much. To build a greenhouse for growing vegetables or strawberries, to plant soy. The envoy himself Yuri Trutnev in an interview “Газете.Ru” earlier it was told that with pleasure would grow aquaculture (scallops, lobster, fish), if it were compatible with the civil service.

Another common business idea — to open a travel company. But there is a problem. And it’s not money, but the archaic nature of the current legislation.

“I think the interest in far Eastern hectare on the part of potential recipients has decreased. For all the time in Magadan signed more than 160 contracts for the provision of land”,— quotes MagadanMedia Deputy Chairman of the Magadan regional Duma Viktor Barinov.

According to him, a large part of the land is used “not for the creation of new business and the needs of housing construction”.

That is part of the visitors are willing to build a house and live at the expense of farms. Only about half (46%) participants of the program “far Eastern hectares” planning to use the land for various types of business activities.

According to city officials, the reason for the low interest in the far East one hectare that the needs of calimshan not correspond to the potential land use. Not everyone wants to work the land, to farm. About 11% of the contracts with the settlers concluded to engage in “tourist and recreational activities.”

Magadan oblast could become a center of tourism, not less popular than the Kamchatka volcanoes and hot sources, said Barinov. But it is necessary to change the legislation, to be able to obtain specific portions, on the banks of ponds.

But these are the areas on the banks of rivers or lakes, which are the most popular among travel industry resource, according to the Russian laws it is impossible to make the property.

Generated in the leased area of the property is impossible to insure, and, consequently, to take under it the credit for the development of the enterprise. In the end, tourism is not developed.

The Chinese fear, in the woods not to go

Now in the far East discussed the resonance idea is to rent out to foreign farmers to one million hectares of agricultural land in the region.

The far Eastern lands could be opened to foreign investors, and Russia rely primarily on the demand from the Chinese.

Citizens of the PRC could grow soy beans, wheat and potatoes.

But opponents of this idea cite the classical argument: the Chinese let Russian land is dangerous. They will ruthlessly exploit the land, will create environmental problem.

Power the idea with the rental of hectares to foreigners, are not supported. “To “far Eastern hectare” property can only Russians.

The law on “far hectare” excludes the possibility of obtaining ownership of land by foreign nationals. The assignment of “far Eastern hectare” foreigners also impossible, — explained “Газете.Ru” in the Agency for the development of human capital.

While the ultimate goal of all Federal programs that are deployed in the far East, is the creation of favorable and comfortable conditions for citizens, noted the Agency.

Russians from the Far East run, and the Chinese land is not allowed. In the end, the far East empty. The Agency aims to develop human capital, just fix all the known issue: “to stop the outflow of population from far Eastern Federal district, despite the efforts made, it is not possible”.

This is also in the state Duma, on 18 April, said Prime Minister Dmitry Medvedev.

“Decisions have been made, but there is still a outflow. In different regions the numbers are different, this trend finally we could not be reversed, and we are very worried,” — said the Prime Minister.

By the end of 2017 the number retired from DFO in the old borders (without Buryatia and Transbaikalia) amounted to 16 thousand people, and tog 2018 — more 22 thousand people. For 8 million the County is a lot.