Home / WORLD / Eyeing the rise of identity and gender politics in the West, Putin’s new vision for Russia is as Europe’s last conservative nation

Eyeing the rise of identity and gender politics in the West, Putin’s new vision for Russia is as Europe’s last conservative nation 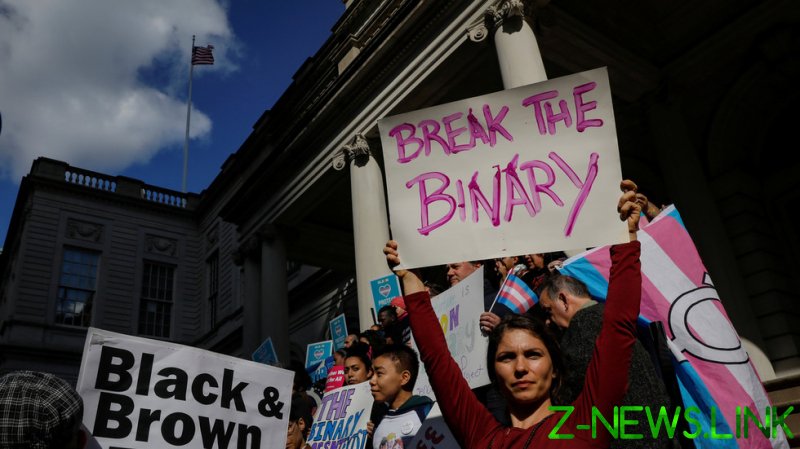 The Russian president, it seems, has been working on his own concept of the elusive ‘Russian idea’ – a concept that has long puzzled philosophers and historians. At its heart, it suggests a nation has to have some unifying purpose or values that set it apart from others. Despite the preoccupation, this isn’t a universally accepted truth – it’s possible nations could substitute meaning for administrative functions.

However, from 1917 to 1991, the Soviet Union’s purpose was clear: building communism. With the collapse of the USSR, this objective disappeared, and the post-Soviet Russian Federation was left struggling for an alternative. In the late 1990s, Boris Yeltsin established a commission to explore the Russian idea, but it failed dismally. Nobody could agree what it should be. The civic idea of nationhood remained supreme. Nevertheless, the search for the Russian idea continues.

For liberals, Russian identity has always been obvious: the country is part of the West – or at least it ought to be, but somewhere along the way, has been diverted from the true path of development. The aim should be to return Russia to Western civilisation.

Some 20 years ago, Putin himself shared this point of view. In March 2000, he told British journalist David Frost: “Russia is part of the European culture. And I cannot imagine my own country in isolation from Europe and what we often call the civilised world.” Since then, however, he and other Russians of what one might call a ‘moderate conservative’ disposition have increasingly come to the conclusion that Europe and Russia have parted ways.

The reason, they say, is not that Russia has abandoned European values – rather, that Europe has. In essence, Europe has ceased to be Europe, leaving Russia as perhaps the only European country left standing. And here arises an opportunity for a new Russian idea – a conservative one in which Russia reinvents itself as a force for preserving what were once seen as core elements of Western civilisation: the state, religious belief and family.

It is this logic that seems to lie behind Putin’s speech last week to the Valdai Club think tank, in which he laid out his belief in what he called “moderate”, “sensible” conservatism. He’s said most of it before, but he’s rarely put it all together in quite this way, and the timing is also significant. Talk of conservatism was in vogue around 2015, but then largely disappeared. Something must have happened for Putin to resurrect it.

What seems to be the trigger is the advance of identity politics in the West. Thus, although Putin included other issues in his definition of moderate conservatism, by far the largest segment of his speech addressed the issue of “values.” “Any attempts to force one’s values on others with an uncertain and unpredictable outcome can only further complicate a dramatic situation and usually produce the opposite reaction and an opposite from the intended result,” he declared.

What really seems to get Putin rankled, it seems, is a perceived attempt by the West to push its new ‘woke’ ideology onto Russia. Putin drew attention to “‘reverse discrimination’ against the majority in the interests of a minority, and the demand to give up traditional notions of mother, father, family and even gender.” “Cancel culture” was “reverse racism”, he claimed, adding that “the fight for equality and against discrimination has turned into aggressive dogmatism bordering on absurdity”. Russia had experienced such experiments under the Bolsheviks, he said, and it hadn’t ended well. He continued:

“In a number of Western countries, the debate over men’s and women’s rights has turned into a perfect phantasmagoria. Look, beware of going where the Bolsheviks once planned to go – not only communalising chickens, but also communalising women. One more step and you will be there.”

If the West wants to go in that direction, then that’s its own choice, said Putin. Russia won’t stop it, but “we are keeping out of it. … if someone likes this, let them do it. I have already mentioned that, in shaping our approaches, we will be guided by a healthy conservatism.”

It’s at this point that Putin’s speech revealed its true significance. Since the time of Peter the Great, Russia’s rulers have always viewed themselves as part of European culture. Politically, the nation has defended its independence, but, culturally, its leaders have always rejected the Slavophile idea that it needs to follow an independent path of development. This was true even under the communists, whose internationalism led them to see Russia as very much connected to the Western world – indeed, even to be in its vanguard.

For the first time in three centuries, this has changed, and a Russian ruler has said to the West, “We’re not going where you’re going.” This isn’t per se a rejection of Europe, in that Putin and those like him portray themselves as defending the traditional values of Western Christian civilisation that Europe itself has abandoned. But in so far as the West has abandoned them, Russia, says Putin, won’t be following.

There’s no guarantee that Putin can put his finger in the dyke and hold back the waters of modern Western culture. Contemporary identity politics didn’t come out of nowhere. There are powerful economic, social and cultural forces behind them, and their ideas have significant appeal. The Russian dyke may collapse, and future historians may compare Putin to King Canute attempting to hold back the tide.

Still, the timing of Putin’s speech represents a potential turning point at which the process of Westernisation begun by Peter the Great finally comes to an end, and Russia and the West branch off into separate civilisations. We are certainly not there yet, and may indeed never be. But perhaps for the first time in centuries, the idea that Russia and the West might diverge, not converge, has moved beyond the realm of abstract theory into that of real possibility. Should it come to pass, the political consequences will be immense.