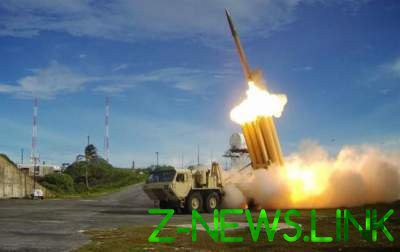 Analysts have shared his large-scale study.

It became known that can serve as a pretext for a large-scale armed conflict.

Of the American Analytical center RAND Corporation (California) called threat, which could provoke a major conflict, particularly world war III. The reason for a military conflict was the uncontrolled proliferation of hypersonic missiles.

According to scientists, hypersonic missiles capable of travelling at speeds of more than five thousand kilometers per hour, resulting in the existing missile defense system will not be able to react to them. Over a hypersonic weapon work in the United States, China and Russia, are also interested in technology in Europe, Japan, Australia and India.

Researchers from the RAND Corporation suggest the first three countries to sign the agreement on non-proliferation of hypersonic weapons. Research center experts suggest that the technology can spread in less than ten years.

It is noted that in September the Vice-President of Lockheed Martin Aeronautics Orlando Carvalho, speaking at the International aerotehnichesky Congress and exposition (Fort worth, Texas), stated that “the United States is on the threshold of the hypersonic revolution.”