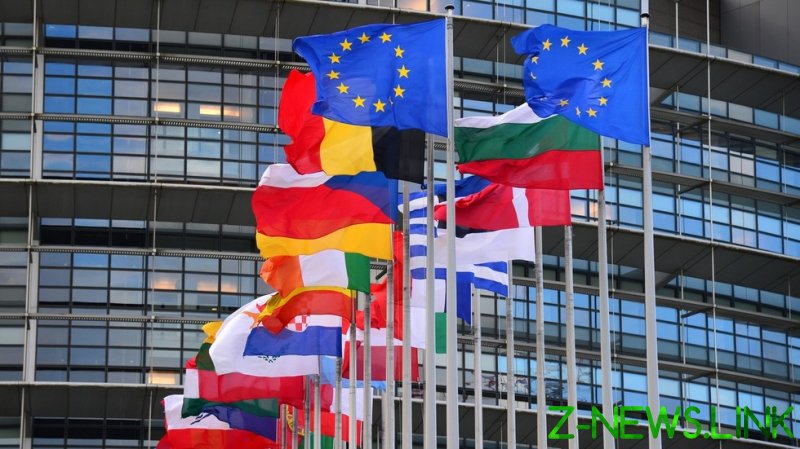 The EU’s efforts to monopolise on a fixed understanding of ‘Europe’ was intended to create a common narrative and identity to unify its members. Instead, the EU has wrecked a common language required to negotiate and harmonise the different ideas (German, British, Polish, Russian, etc.) about the continent and how it should be organized.

Politics is a struggle over legitimacy, and legitimacy is informed by language. Consequently, politics can be fought by manipulating terms and descriptions. In the social sciences, the paradigm of constructivism suggests that reality is socially constructed. We can supposedly alter political realities and the world around us by merely changing the meaning of words and concepts.

War of words: Defining the meaning of words and concepts

The EU is commonly argued to be a constructivist project. A new reality can be created by transitioning from rival national identities with historical baggage to a common European identity. The Germans and French would no longer view the other as ‘them’ but as a part of ‘us’. It is an optimistic endeavour that presents the prospect of changing the world, which makes it a very attractive paradigm for ambitious politicians.

Yet, the manipulation of language can also be used to exacerbate differences by eliminating the shared meaning of words. It reduces the need to win an argument by merit by instead altering the meaning of the concepts. Case in point, ‘illegal immigrants’ are reconceptualised as ‘undocumented migrants’ with the benign intention to decriminalize a group of people.

This also has a negative impact by obscuring the focus of discussion – the need to uphold an immigration system based on the rule of law. If illegal immigrants can become legal by merely redefining them as undocumented workers, then why not reconceptualise drug dealers as ‘unlicensed pharmacists’?

Monopolizing on the concept of Europe

European history can be summarized as a long and arduous effort to organize the continent through war and diplomacy. This remains true today, yet we no longer debate complex issues with the nuance and care they demand. Instead, we compete to monopolize the concept of ‘Europe’ in order to denounce the political opposition with the zero-sum language of being anti-European.

The German-led EU conceptualizes Europe as the institutions of the EU, a federal project to construct a ‘United States of Europe’ based on a shared post-national liberal identity. The British concept of Europe is not compatible with federalism as it believes the continent should be defined by the dispersal of power to national parliaments to safeguard democracy and the vitality from competition.

The Hungarian and Polish vision of Europe is one where civilizational endurance rests on reproducing traditional culture, the Christian heritage and other conservative values, which is not compatible with a shared identity based solely on liberalism. The Russian ideal of Europe entails reforming and dismantling bloc politics and the dividing lines as a Cold War legacy and replacing them with an inclusive security architecture based on indivisible guarantees.

These competing concepts of Europe should be the centre of discussions, and the struggle towards peace should be focused on finding areas for compromise. Yet, the authoritarian obsession with assigning a fixed understanding of the contested concept of Europe undermines these debates from taking place.

Dismantling the shared conceptual space of the EU and Russia

The EU’s constructivist focus on forms of verbiage suggests that speech and words create realities, which implies that harmful speech must be removed from politics and polite society. It is assumed that the mere conversation about competing national interests creates and legitimizes outdated power politics. Russia speaks in the language of ‘outdated’ national interests, which is not comparable to the EU’s language of benign values that does not articulate underlying competing interests.

Subsequently, our shared language with Russia has been dismantled. EU members have governments and Russia has a regime. At times, we can even forget that Russia is a country that represents the national interests of its 145 million citizens, as the country is merely referred to as ‘Putin’s Russia’ or often simply ‘Putin’.

The EU has a neighbourhood policy and Russia has a Near Abroad, which is usually accompanied with suspicious quotation marks. The EU pursues a ‘ring of friendly states’ and Russia has ‘spheres of influence’. The EU’s influence is a ‘force for good’ and devoted to universal values, while there is no legitimate space for Russian influence beyond its borders. EU and NATO expansionism defends the status quo, while Russian efforts to prevent Western expansionism is labelled revisionist. At times, I am “invited” to write for American, Australian or German media, and sometimes I am “recruited” by the Russian media.

How can we discuss the complexities of European security when the language and concepts have been purged of shared meaning?

George Orwell has become a popular reference regarding the manipulation of political language. Orwell believed that corruption of language was instrumental to limit the scope of thought and debate. Thus, totalitarianism prevails by distorting and cleansing the language of any words used to even express opposition and disobedience.

Orwell referred to this as ‘Newspeak’, and one cannot help but to recognize similarities with our contemporary Euro-speak. Instead of achieving unity, Euro-speak has fueled animosity by undermining empathy and the possibility for compromise.