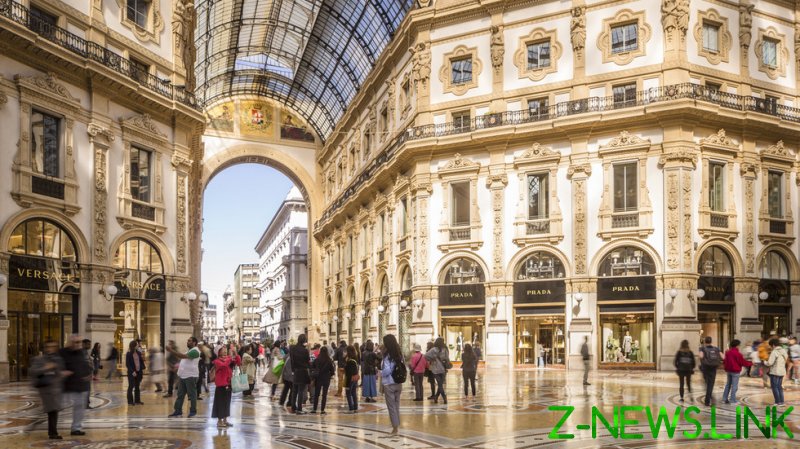 Russians who undermine Ukrainian sovereignty won’t be able to shop in Milan, party in Saint-Tropez or purchase diamonds in Antwerp, the EU’s foreign policy chief Josep Borrell tweeted on Tuesday. The post was deleted hours later, as it sparked mockery from its intended audience and raised eyebrows in Europe.

The no-more-shopping punchline was part of a thread published on Borrell’s account to announce the EU’s decision to punish Russian officials involved in the recognition of two breakaway republics in eastern Ukraine as sovereign nations. The EU announced personal sanctions targeting 351 members of the Russian State Duma who voted for the move, and others who “are undermining #Ukraine’s territorial integrity, sovereignty & independence,” the tweets said.

“No more: Shopping in #Milano Partying in #SaintTropez Diamonds in #Antwerp This is a first step. #WeStandUnited,” the final tweet read. 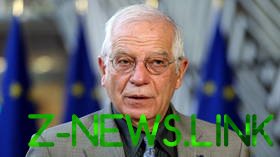 Maria Zakharova, the spokesperson for the Russian Foreign Ministry, said the post confirmed that Borrell “wasn’t even aware” of what people handling his social media posts write in his name, branding the purported anonymous authors as “undereducated employees.”

Over the years, the account didn’t once comment on civilian victims of the civil war in Ukraine, Zakharova stated, adding that “now we know why.”

“Shopping and partying are the things that really interest [them]. Such behavior by ‘civilized nations’ borders losing all humanity,” she said.

The cavalier tweet was criticized by some European officials too. Assita Kanko, a Belgian member of the European Parliament, representing the conservative New Flemish Alliance, told Borrell to leave the Belgian city alone and do his job of “handling” Russian President Vladimir Putin.

The satirical news outlet Le Chou commented on the threat by posting a caricature of Borrell as a mall guard keeping “sneaky Russian oligarchs” from a Gucci store in Milan.