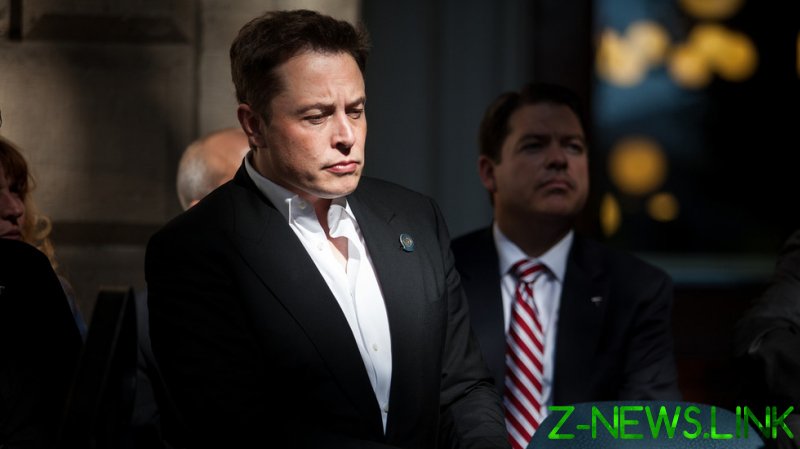 Tesla and SpaceX CEO Elon Musk claims that recent sexual misconduct claims against him are a “political hit piece,” which should be viewed through a political lens. The billionaire allegedly had his company pay a former flight attendant $250,000 as part of a severance agreement in 2018 after offering to buy her a horse in exchange for sexual acts.

The Insider states that the story is based on a signed declaration by a friend of the attendant who spoke to the outlet on condition of anonymity, citing fears for her safety, and on documents, emails and other records pertaining to the incident.

Insider also claims to know the identity of the flight attendant but will not disclose it because “she claims to be the victim of sexual misconduct,” adding that she has personally declined to comment on the story.

The flight attendant’s friend claims that after refusing Musk’s advance, she felt that she was being pushed out of the company, and in 2018 hired a lawyer and filed a complaint to SpaceX’s human resources department. The complaint was reportedly “resolved quickly” after the company, Musk and the attendant entered into a severance agreement granting the woman $250,000 in exchange for a pledge to not file a lawsuit and the signing of a non-disclosure and non-disparagement agreement, barring her from disclosing any information about Musk and his businesses.

Musk denied the claims in a statement to the outlet, insisting that there was “a lot more to this story” and slammed it as a “politically motivated hit piece.” He noted that if he were actually “inclined to engage in sexual harassment, this is unlikely to be the first time in my entire 30-year career that it comes to light.”

The billionaire also took to Twitter to respond to these allegations, urging that attacks against him “should be viewed through a political lens” and that they have become his critics’ “standard(despicable) playbook”.

Replying to a group of Tesla owners on Twitter, Musk also stated that he had not responded to reporters from Business Insider, writing that “it was clear that their only goal was a hit piece to interfere with the Twitter acquisition. The story was written before they even talked to me.”

Continuing the thread, Musk added that “for the record, those wild accusations are utterly untrue” and issued a challenge to “this liar who claims their friend saw me “exposed””, asking her to describe any feature, like a scar or tattoo, that the public doesn’t know about, insisting that she “won’t be able to do so, because it never happened.”

The allegations come after Musk recently announced that he would be voting Republican in the upcoming midterm elections, stating that the Democratic Party, which he previously supported and considered “the kindness party,” had become “the party of division and hate.” Musk concluded by suggesting he would now become the target of “their dirty tricks campaign.”

Indeed, Musk has been facing a backlash on Twitter over the allegations and his endorsement of the Republicans; however the billionaire has still found a way to turn it into a meme, asking his supporters to refer to the scandal as “Elongate.”