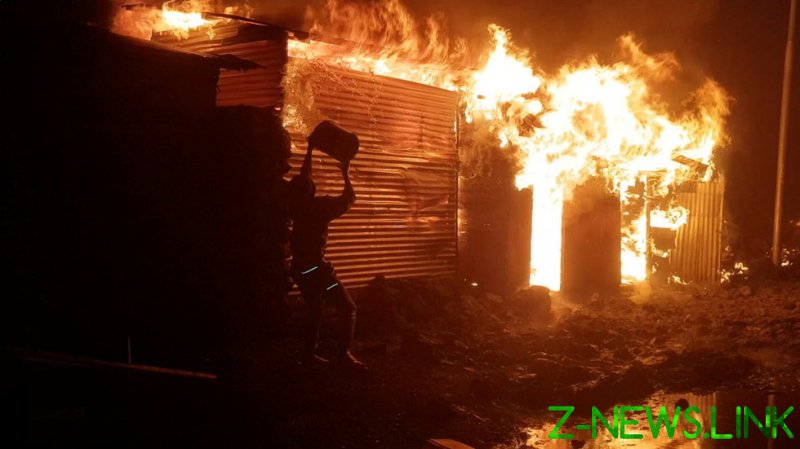 “The evacuation plan for the city of Goma has been activated,” Communications Minister Patrick Muyaya announced on Saturday as red-hot lava was making its way towards the eastern city of 670,000.

Before the official announcement, residents began grabbing their belongings and fleeing in panic, with some crossing into neighboring Rwanda. The Rwanda Broadcasting Agency reported that between 5,000 and 7,000 people arrived from Congo overnight.

The volcano, which is located around 10km (6 miles) north of Goma, started to erupt at around 7pm local time on Saturday. People reported that the sky turned bright red and that they could smell sulfur in the air.

Dramatic videos from the scene show burning lava creeping onto a highway and slowly devouring a house.

Dario Tedesco, a volcanologist based in Goma, told Reuters that Goma is “the target” to which the lava is currently flowing. “It’s similar to 2002. I think that the lava is going towards the city center,” he said, referring to the last eruption, when lava covered almost all of the eastern part of Goma and 250 were killed.

Tedesco also said the lava “might stop before [the city] or go on,” adding that it is difficult to forecast its movement. 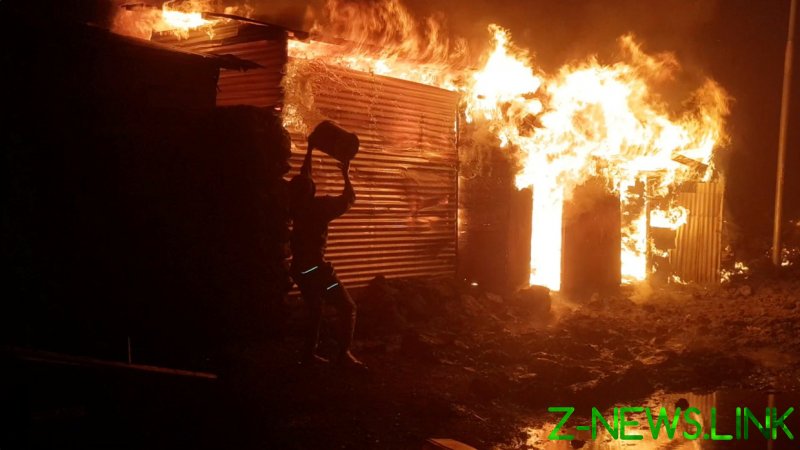 A building burns after the eruption of Mount Nyiragongo, in Goma, Democratic Republic of Congo, May 23, 2021. © Enoch David / Reuters

Reuters and AFP cited a note by Emmanuel de Merode, the director of Virunga National Park, who warned employees that lava had reached the international airport on the eastern edge of the city, but that it was unlikely it would reach other parts of Goma.

Celestin Kasereka, the head of scientific research at the Goma Volcano Observatory, told RFI there was “a mild eruption” and “the flow [of lava] is weak.” Reuters cited Kasereka as saying that he did not think the lava was flowing fast enough to reach Goma.