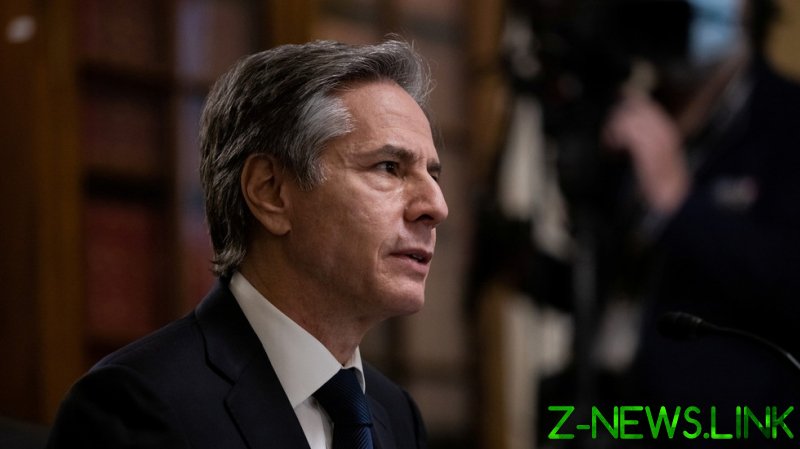 Blinken was speaking to US state-funded radio station NPR, where he explained his belief that Washington should work with Moscow on “both fronts,” despite the White House’s view of the Kremlin.

In particular, Blinken noted the recently extended New START arms control reduction agreement as an example of mutually beneficial cooperation. During the presidency of Donald Trump, the two countries failed to agree on an extension of the treaty, which was due to expire in February 2021. After President Joe Biden took office, Russia and the US quickly signed a five-year extension.

“It’s very, I think, clear to the world where the concerns that we have with Russia’s behavior and Russia’s actions,” he said, on Tuesday, listing “a number of fronts” where Moscow has taken “egregious actions” to undermine US “interests and values.”

“The poisoning using a chemical weapon of Alexey Navalny, the opposition leader [sic]. The interference in our elections. The cyberattack, the infamous so-called Solar Winds attack. All of these things and others are under review,” Blinken explained.

However, the secretary of state noted that the two military superpowers can see eye-to-eye in other areas.

“We’ll look at other ways to advance strategic stability with Russia, even as we’re very clear about the actions that they’re taking – also in Ukraine, the aggression that continues there – that are a challenge to our interests and values,” he said.

On February 4, Blinken had his first phone call with Russian Foreign Minister Sergey Lavrov. During the conversation, the two officials “committed to continued discussion on issues of mutual concern.”