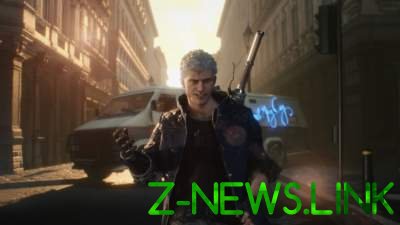 On a test system Devil May Cry 5 without Denuvo worked on 13 frames per second faster.

Within a few hours after the release of Devil May Cry 5 PC in the Network got the executable file for the game without Denuvo protection (only with DRM protection from the Steam), which obviously were used by the quality control team Capcom. Players have tested this version: some have reported improved performance by 20 fps compared to a file that is protected by Denuvo, while others have not noticed a difference.

Staff Eurogamer decided to take the opportunity to look into the matter in order to find out how really things are and whether or not Denuvo requires noticeable CPU resources, as is often claimed. Because considering .exe file is not any option of hacking the journalists decided to test it.

Was used for the test system mid-tier Intel Core i5-8400, 16 GB of DDR4 RAM@2667 MHz and AMD Radeon RX 580 8 GB. Itself Devil May Cry 5 was installed on the SSD, and at first, the difference in performance between the versions of the games with Denuvo and without really was not seen. The game has a lot in common with Resident Evil 2 (2019) based on the same engine, RE Engine, which is a heavy load on the GPU and a small one on the CPU. In this regard, to identify the impact of Denuvo on CPU usage are not so simple when using a relatively powerful CPU.

To get to the bottom was set to output 480p, the lowest quality settings and even interlace mode, which requires even less load on the graphics card. In this unrealistic mode, the limiting factor seems to be the CPU, and the difference between the two versions of the game becomes obvious:

The difference in performance really is, and they are quite certain. On a test system Devil May Cry 5 without Denuvo worked on 13 frames per second faster (that is the version with the protection provided 93% of the performance of a conventional variant). If we assume that the only difference between the two assemblies .exe really is Denuvo, the evidence looks compelling.

See also:  There is information about the new game Devil May Cry

It is unlikely that the players Devil May Cry 5 will face a shortage of CPU resources, given the characteristics of the engine at such low quality settings on a relatively powerful graphics card, few people will play. However, the 7 percent decline in performance is pretty powerful processor Intel Core i5-8400 (6 cores with a frequency of up to 3.8 GHz) due to Denuvo causes concern – in other projects with the protection of CPU power (especially the weaker and older models) may have much greater effects on the real result. 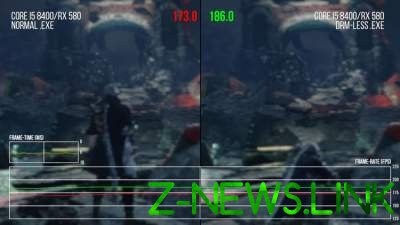