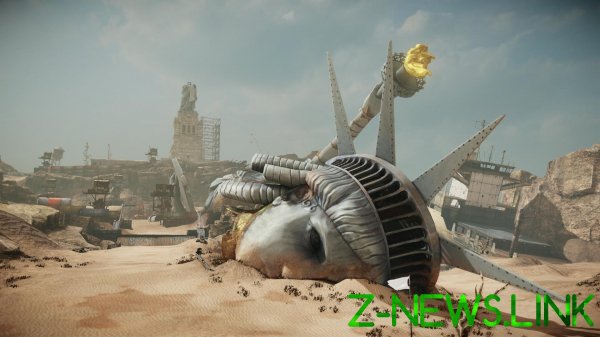 Emmanuel macron, announcing the end of Western hegemony in the world, predicted that it will take Russia and China. Is it time to rejoice?

The Russian media excitedly quoted the words of the President of France Emmanuel Makron about “the end of Western hegemony in the world.” Nothing surprising. For us they are tantamount to admission of defeat the cursed West. Russia is rejoicing! Economically stagnant (GDP growth this year is expected to reach 1%), demographically degrading the country, which returned a massive population decline, which for five consecutive years fall, the already low incomes of the majority of the population, went and won the damn West! A delight! Guys in shirts and girls in long white dresses and dance in a ring, singing “ay-Liu-Lee, Liu-Lee, Liu-Lee” and jump over the fire, noting the outstanding victory, and head of the information resource driving a car West with the flag of the country-foe, because of its people, for once voted with the point of view of the Kremlin, properly…

If it is serious, the words of the Macron, as usual, taken out of context. Of course, he talked to a few other, and then confirmed that the return of Russia to the club of “decent States” from his point of view, is possible only after the transfer of Crimea to Ukraine and stop the war in the Donbass. But not only that.

Macron, as a European, trying to look at things objectively, he is willing to consider the interests of not only his native France and Europe in General, but of Russia. But first, in Russia, this position is perceived as either weakness or hypocrisy. Second, and in the interests of Russia, which is ready to be President of France? I’m not talking about the bread, do the vital interests of the Russian people, who, for example, needs to increase funding of the health system and public education or in a serious increase in the wages received by the majority of Russian workers (as was recently announced by Rosstat, the median salary in Russia is 34.3 thousand rubles per month, which means that half of the Russian workers received less than this amount). Now, I’m not talking about that, because these objectives in the phrase “Russia’s interests” are not nested nor a Macron, neither Putin, nor Medvedev, nor any of our inveterate patriots.

Under the “interests of Russia” all of them, including dushku Macron, imply the possibility and the right of the current Russian elite or otherwise, to control the post-Soviet space in their purely selfish interests. Actually this idea Vladimir Putin articulated not once, not twice, but once laid out very clearly and vividly how he loves and knows: “the Bear lives, eats berries, medcom. But did the bear ever be left alone? No. The bear will always try to put on the chain and pull teeth and claws — I say this having in mind the nuclear deterrent. And then a loofah or skin hung on the wall,” he said during a press conference in December 2014.

The image bears-vegetarian-eating “berries and honey” here is very important, as it clearly explains the irrational Western “partners” of Moscow, that they should not meddle in his personal raspberry. Here, of course, does not prevent to find out where the boundaries are now strictly protected area. The most simple explanation is that their outer perimeter is along the borders of the former republics of the former Soviet Union. Rules and other European and American sympathizers to the Russian leader, maybe not explicitly, but such an interpretation borders of Russian “raspberry patch” would suit perfectly. However, it would not suit not only the leaders but the peoples of Ukraine, Belarus, Moldova, Georgia… But it seems in their opinion to not care about not only the Kremlin, but in the Elysee Palace…

European and American fighters against “Western hegemony”, of course, against imperialism. The problem is that by that word they mean only the American imperialism. While the new Russian imperialism, they do not see in an emphasis. But then the question arises. If you are ready to protect the “interests” of one “great” state if you are willing to consider the zone of its “interests” others, what differentiates you from the worst samples of the imperialist powers of the twentieth century, also divided among themselves Europe? Thus, the “fighters against imperialism” become imperialists.

However, the Pro-Putin part of the European and partly American political elite bad imagines ambitions of the current Russian government, as well as what awaits her in case of a real (not virtual for now) of the last success on the international stage. They certainly hope that if you recognize the “rights” of Russia in the post-Soviet space, all problems will be immediately solved. These people ought to listen carefully to the leader of the Russian Federation, which they so admire. 24 February 2016, he quite clearly said to those who Harbor such naive hope: “Border Russia never ends”. Of course, “it’s a joke,” he added. But we know that in every joke…

And now, the state of RIA “news”, and illustrated the words of the Macron about “the end of Western hegemony” of one such “joke”. Under the article about his statement, published a cartoon, where the little French President on thin legs indicates a large globe with the words: “Imagine one big country, where on one edge of Lisbon, and on the other Vladivostok! How beautiful!” (a mocking allusion to the good old idea of General de Gaulle about Europe “from the Atlantic to the Urals”). On the other side of the same globe, based on him, is powerful (unlike the crumb the Makron!) the bear with the Russian flag, saying “…Especially European Federal district!”.

Under a caricature of two ideologically correct comment. One says that “all Western European countries, as was hypocritical, so these remain. This is one of the lessons of world history”, and another called him a “liar” and explained that Russia “it is necessary to obey”.

All this — and the cartoon, and the comments under it, which really shows the difference in mentality of modern Europeans and a significant part of the Russians. Europeans think that the inclusion of Russia in modern Europe it is possible according to the rules by which it is already joined more than two dozen States — rights federalist indeed, when all countries-EU members, regardless of their size, economic, political or military weight of the same rights. Russia is ready to include Europe (or at least parts of it) exclusively on the rights of one of its Federal districts — that is strictly subordinated to the Moscow territorial unit. And nothing else. Exclusively at Imperial, and thus suppressing the freedom of countries and peoples principles.

However, apparently, such a prospect is the Makron, marine Le Pen or the Italian Prime Minister Giuseppe Conte now seems incredible, but the French President is willing to do, as he seems to be more subtle. Since today a new edition of the Molotov-Ribbentrop Pact in Europe would look too indecent, then why not do something similar in the former French colonies in Africa? That’s probably how he talks. In any case, what Africa will be discussed in the upcoming September visits to Moscow of the Ministers for foreign Affairs and defence of France with their Russian colleagues, suggested in his comments to RT the head of the Center of the French researches of Institute of Europe Yury Rubinsky.

In other words, the French idea to team up with “deep European Russia” against China (as also stated in the quoted speech of Macron) and the United States — is not new. Today it is of course greatly stimulated isolationist, and in fact anti-European policy of Donald trump. It is clear.

However, the main thesis of Macron, “the end of Western hegemony” — as embodied in life can be disastrous agenda for humanity. This thesis, of course also not just any. It contains in itself already enough long-standing frustration of a considerable number of Europeans in their existing institutions, their dissatisfaction with the domination of the owners of large corporations, not only in Economics but also in politics. “We know the price of this democracy” — say in Europe, those who have never lived under a dictatorship. But most importantly, they propose to replace the corrupt bourgeois politics? The immutable wisdom of the inhabitants of the Kremlin? Which are no less bourgeois and unprincipled, but in which the Europeans will be deprived of any choice? Is the alternative?

If the “Western hegemony”, which, together with the colonialism brought to the peoples of Asia, Africa and Latin America the most advanced achievements of science, technology and culture, including political culture, comes to an end, what does that mean? What Europe and America are ready to try on “Eastern hegemony”? The latter is only selected to the Western standard of living, education and science on the basis of the same Western technology.

While we understand that under the “Eastern hegemony” means not Japan, long westernized and politically for many decades which is already part of Western, not the Eastern world. Most likely, this is not India. Although she is among the five largest economies in the world in terms of GDP, however, on the one hand, in the political sense (still a parliamentary Republic), and Japan closer to the West than to the East. On the other, this country is burdened with many heavy and complicated socio-economic problems — for example, about one-third of Indians are still illiterate, the overcoming of mass poverty is also a major task.

By process of elimination we can logically come to the conclusion that the new hegemony, which shyly is going to give way to Europe — hegemony of the Chinese — only and never crazy party. That is the type of that wonderful “democracy” that was already in the Soviet Union and its satellites. Are the Europeans ready to obey this new hegemony? Do they have a right to, considering the seas of blood that was shed in Europe in the twentieth century? Is it for fighting Europeans? Are they willing to submit to a new dictatorship — no matter Beijing or slightly softer — the Kremlin, or find the strength to fight for freedom?