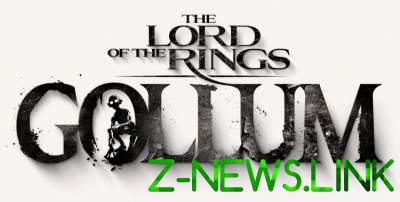 The forthcoming game, as promised by the makers, will remain faithful to Tolkien’s vision, outlined in “the Lord of the rings.”

Interest in the works of Professor JRR Tolkien does not subside neither in Hollywood nor in the gaming industry. Suffice it to recall that devoted to the earth series from Amazon promises to be the most expensive in history. It can be noted and highly successful games like Middle-earth: Shadow of War. Here is a German company Daedalic Entertainment decided to try their hand in this field.

The company announced its partnership with Middle-earth Enterprises, a division of The Saul Zaentz Company, in the development and publication of The Lord of The Rings – Gollum. About the game have not been announced yet, except that it will be an action-adventure with elements of stealth, which is created by internal Studio, Daedalic Entertainment and will be available in 2021 on the PC and all current at the time the platforms (probably on next-generation consoles).

Judging by the title, the game will be devoted to Gollum, a former hobbit sméagol, who became a victim of the Ring. It is one of the key characters in such works as “the Hobbit, or There and back again” and “Lord of the rings.” Daedalic Entertainment says that The Lord of The Rings – Gollum will be only the first fruit of a collaboration with Middle-earth Enterprises, and future plans for projects.

The forthcoming game, as promised by the makers, will remain faithful to Tolkien’s vision, outlined in “the Lord of the rings”, but will look at new events and to learn more details about the fate of Gollum. Maybe we’ll talk about how the halfling has turned into the most disgusting creature of both books. The Lord of The Rings – Gollum is being developed on the Unreal Engine and will be translated into many languages.