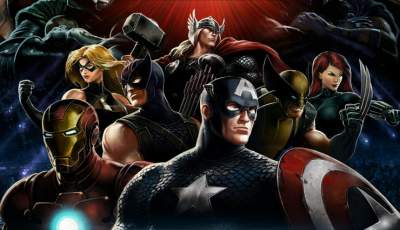 Studio Crystal Dynamics, which is engaged in production of series of games Tomb Raider, to join their team of developers lead designer of the combat system of God of War and at least a few important people. All the forces of the new staff will be assigned to work on titles involving the God – truth, this time from Norse mythology.

This was reported on the official website of Crystal Dynamics.

Crystal Dynamics, apparently, have come to question its expansion with a corresponding scale. Recently the company announced two news, concerning the extension.

First, the authors of the Tomb Raider announced the creation of the Northwest Crystal. The unit will be headed by Chad Quinn and James Lo – came from Wargaming. The team will deal primarily with technical developments and will contribute to the creation of future works in the universe of “the Avengers”.

See also:  A well-known automaker announced the innovations of the future

Second, the headquarters in Redwood city has also added big names. Vincent Napoli, for example, dealt with a combat system and mechanics of the return of the axe in God of War. He openly admitted that he was inspired by “a certain character Marvel”, and now the designer can work directly over the Torus – like Crystal Northwest, the main team at Crystal Dynamics full working on The Avengers.

Boasted the company and other recruits. They were Ben Wanat – Creator of Dead Space, and David Fifield – design Director gamedirector Halo and Call of Duty. In addition, the recruits managed to entice people from Naughty Dog, Pixar, EA and several other studios.

All these permutations have the same challenge: the team aims to release the most ambitious game that he ever worked with. It is known that for the sake of cooperation with Marvel Corporation Square Enix, which owns Crystal Dynamics, delivered the sequel to Deus Ex and sent all the forces on a secret project in “the Avengers.” He was introduced to the public in 2017, and promised to later reveal the details, but while gamers are left in the dark.