Come in large numbers: migrants are building a new Russia 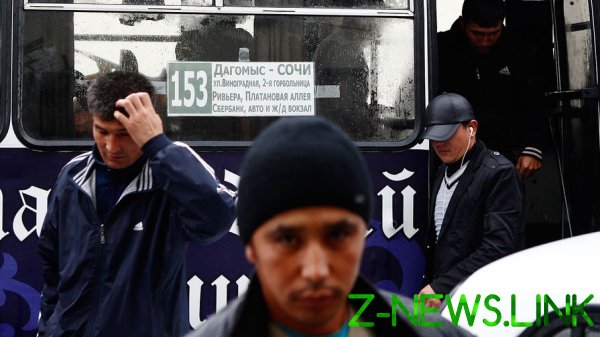 Anyone who has arrived to Moscow through Domodedovo, passing passport control, could observe the flow from the East. Gloomy and poorly dressed people, mostly men. Them and our countrymen now sometimes throw in different floors, all crowded into the same queue. But still impressive. Two different crowds. These people come here to work. Maybe some will settle.

And already deposited, thereby fulfilling the instructions of the Russian President to the Russian government to change the demographic situation.

Although some (research Laboratory of demography, migration and labour market Ranepa) recently made “alarmist” statements about an unprecedented ten years the growth of migration in the first months of the current year, Rosstat calm: the explosive growth there, just MIA now transmits more data. They say, how come, and gone.

Explosive growth, but there are a constant flow.

Migration growth of Russia’s population increasing from 57.1 thousand people in January-April 2018 up to 98 thousand in January-April of 2019 It still does not cover the decline of the Russian population. But sooner or later we will be expanding to migrants, as they had grown Siberia. In Siberia, especially will be to grow. And immigrants will be an integral part of our society.

Bring in his own customs, culture, rules, traditions. Sometimes imposing them. This happens in many countries, we will not be exception. The more that we’re from “falling” demographics not cope.

Already, in many schools, including in Moscow, there is a problem to teach Russian language for students who since the childhood do not own. In many businesses, especially in the “garage economy”, in small retail trade newcomers are increasingly confident in replacing Leno and idle “natives.” And long been replaced with heavier unskilled jobs. But in medicine, for example, is an active consolidation of the Association diasporalnye-clan basis. Don’t ask how they treated better or worse than, the important thing is that they are more purposeful. £

The creation of a sustainable “ethnic” associations around certain spheres of the economy – a matter of time. In addition, these ethnic groups have long-established among Russian citizens, who arrived from the South. They are often confused with immigrants from abroad, and this confusion is largely symptomatic: and those and others are an Asian alternative to the basically Christian European civilization, which until now was associated the Russian government.

Although the Europeans with this, of course, for “” we especially never considered. Especially now do not believe.

To the greatest extent in recent months, increased migration gain at the expense of Armenia and Ukraine. These countries are experiencing not the best times. The effect on lightweight the granting of Russian citizenship to residents of Donbass no effect (I wonder whether the impact will change if our “brothers” from the South-East of Ukraine have on Europe?). The other main migration “sponsors” are Kazakhstan and Tajikistan, they outweigh the first two countries. The countries of “far abroad” sharply increasing the number of arrivals from China (2.3 times, according to Laboratory studies of demography, migration and labour market Ranepa), and Serbia and Syria.

Statistics the “official” labor migration shows the same trends. But the question here is about those who are registered as employees. Those in the middle of the year 4.4 million, 97% of CIS, on the background of a sharp decline of visitors from Moldova and Ukraine. Legalization is not growing, not growing, and payments for labour patents. The process of exit of workers from the shadows froze. People prefer not to have official dealings with the Russian bureaucracy, and if they have, it is purely unofficial. A trend that I think will only grow.

The growth in the number of migrants “informal sector” of the Russian economy will grow. It happens in all countries where there is a strong migration inflow. And we-and the “natives” against the background of strengthening the fiscal and administrative pressure from the state prefer to go into the shadows. In addition, the relevant “practice” successfully acquired by many Russian (citizenship) ethnic groups. These practices are not, relatively speaking, a “European”. And amid the ongoing quarrel of official Moscow to the West the distribution of these “Asian” practices appears even more reason. We don’t have to “learn” those who impose sanctions on us. And to learn from them.

In the very near future we can expect active penetration of Chinese migrants and businesses, especially in the case of a slowing Chinese economy and the emergence of “superfluous men”. They come from the East.

The Russian bureaucracy are afraid to behave in relation to the Chinese as brazen and arrogant as the attitude to the “natives”. Because “natives” don’t nobody (well, not “Basmanny” the court, in fact), and for Chinese business – a powerful Chinese state with which Moscow quarrel is not resolved.

Imagine the process according to the type of American Michael Calvey with the background, looks like a “pressing” business, for large and even very large Chinese entrepreneur impossible. With regard to business “Asian”, it is for the most part is based on informal and “hedged” rents (bribes) to the police.

The Russian state apparatus, including the repressive, decades “tuned” relatively docile “natives”, who are afraid of autonomy and is largely paternalistic-minded, which also demonstrate a close to zero ability to horizontal self-organization to fight for their rights. Those who do not fit into these parameters, do not find themselves in the modern Russian life and themselves migrate to the West. Leave the most active, educated, ambitious, the gene pool of the nation isn’t any better.

While migrants, as a rule, scattered, powerless, and not organized. But how long this will last as they will settle, grow roots, create your Diaspora enclaves? And own structures of self-government, parallel to that function in the Russian state. Moreover, the last function in the most efficient manner. When will the realization of the rights of new citizens of the Russian Federation and will the new citizens to defend them with greater consistency and, most importantly, self-discipline than the “natives”?

Among migrants in Russia are working to the same rules as the rest of the world: moving to a new country the most purposeful, energetic. Such people have out of our nation in the process of the slow genocide that took almost the entire twentieth century.

Now many of those who are the counterparts of “kulaks” during the collectivization, prefer to leave. History shows that the country and the nation weakened by so much (plus two world wars, the revolution and the civil war) often become the targets of acquisitions of other civilizations and cultures.

While migrants are mostly still illiterate (but not all). This may prevent to go the way of asserting their rights by legal means, missing is the link as unnecessary and useless in the fight against an arrogant bureaucracy – you can go straight to illegal. And power.

Most importantly, these people will not integrate anywhere, they’re not going to “melt” into the national “melting pot”, as it is still (although harder) in America, where representatives of different races and nationalities “smelted” United American nation. The Soviet “melting pot” long scrap new – on the basis of new national values – is not created. Due to the lack of new values and moral decline.

Society is in historical pessimism, looking for myself in the past and cannot see far in the future. It is exhausted and tired from the endless struggle of finding internal and external enemies – in the absence of internal (but external also) ideals, as well as strategic goal setting. The ruling elite is mired in moral corruption and theft, it has a different goal setting.

The aliens will prefer to stay within their subculture, watching as if from outside, but inside at the same time the sunset alien individual small civilization. Then they will equip this country in his own way. We have a couple of decades, so you can relax. You can?! However, we have so long ago something very important to relax. 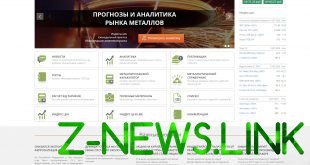