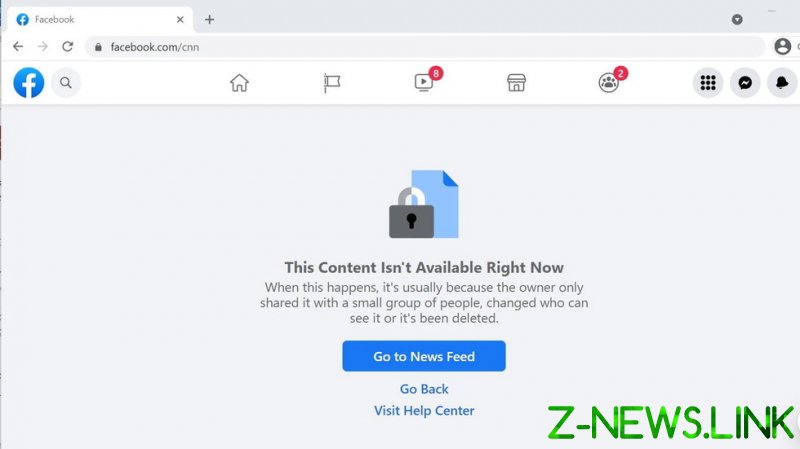 On Wednesday, CNN, which is owned by AT&T Inc., became the first major media firm to remove its Facebook presence from Australia. CNN’s main Facebook page showed an error message on Wednesday when people tried to access it from Australia.

The move to prevent Australians from accessing its content came after the country’s High Court ruled that publishers were liable for the content of their comments section. The media firm said it had been in discussion with Facebook about disabling comments for those in Australia, but the tech giant refused to acquiesce to its request.

“We are disappointed that Facebook, once again, has failed to ensure its platform is a place for credible journalism and productive dialogue around current events among its users,” a CNN spokeswoman said.

The social media giant said there was still a need for “greater clarity and certainty in this area” following the court ruling and claimed it had provided CNN with the latest information on tools used to manage comments. It added that Facebook had several features available to restrict who can comment on posts.

Earlier in September, Australia’s High Court said publishers were liable for comments on their posts even if the stories themselves were not defamatory.

While CNN does not feature prominently in Australia, it is thought that other media outlets may follow suit. Social media sites are one of the main sources of news for Australians, with around two-thirds of the population on Facebook.

CNN will continue to publish content on its own platforms in Australia.