Chernigov: minibus with people on fire at full speed 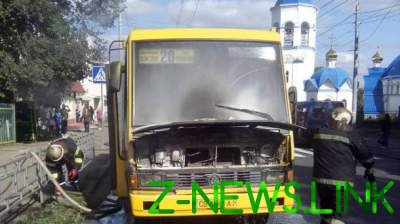 In fact, a vehicle fire under investigation

In Chernigov, near the bus stop on the street Cossack, 4, on the go bus caught fire.

According to preliminary data, the bus driver smelled smoke in the cabin and stopped. After emergency evacuation of passengers, the driver tried to extinguish the fire in the engine compartment with fire extinguishers.

The cause of the fire could be short circuit power of the vehicle.

In fact, a vehicle fire is under investigation.

As previously reported, in Brovary opposite the Park Shevchenko lit up the suburban bus №411.