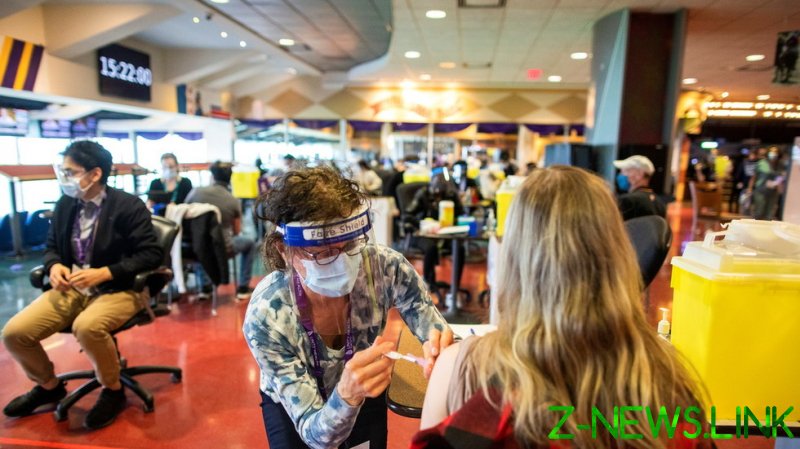 Vancouver Coastal Health, regional health authority that serves one in four residents of Canada’s British Columbia, has confirmed that 12 children were given a wrong innoculation on Friday and Saturday last week just as the teenagers in the province became eligible for the vaccine.

Currently, only the Pfizer-BioNTech has been cleared for use in children aged 12 to 17 in Canada. However, officials said that they do not expect the young patients to develop any adverse effects from the immunization, noting that Moderna claimed recently, citing preliminary data, that their vaccine protects children the same way it protects adults, while triggering similar side-effects.

Children from 12 to 17 or some 310,000 people became part of British Columbia’s vaccine rollout on May 20. Although young children are considered to be at a lower risk of developing Covid-19 complications and are less likely to spread the disease compared to adults, Provincial Health Officer Dr. Bonnie Henry said at the time that by vaccinating children the government seeks to reduce “the overall transmission of Covid in the population.”

According to data by Health Canada, Canadians under 19 account for some 18.9 percent of the total Covid-19 cases, trailing only behind the 20-29 age group. However, only 1.8 percent or 1,245 teenagers were hospitalized, including 11 who died from the disease – the smallest percentage of all age groups.

As of last week, a little more than half of Canada’s total population has received at least one dose of the coronavirus vaccine. Fewer than five percent have been fully vaccinated, however.

Meanwhile, as Canada is seeking to ramp up its vaccination drive, last week the country’s health authority approved the use of some 45,000 AstraZeneca vaccine doses past their original expiry date on Monday. Canada’s Ministry of Health argued that the doses can be used until July 1, citing assurances from AstraZeneca that the immunization would be still safe and efficient past May 31.