Home / WORLD / Caitlin Johnstone: Everything the West claims it values is invalidated by its treatment of Assange

Caitlin Johnstone: Everything the West claims it values is invalidated by its treatment of Assange 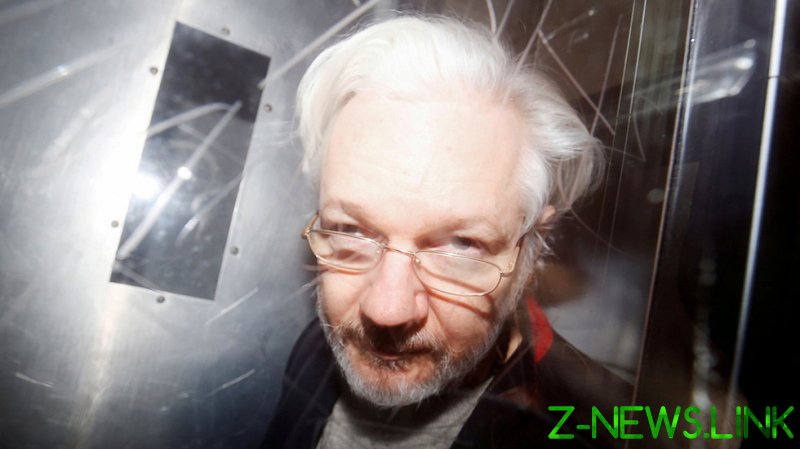 Truth. Justice. Freedom. Democracy. We are taught from an early age that these are the sacred values our society upholds with the utmost reverence, and that we are very fortunate to have been born in a part of the world which holds such virtue.

You see this haughty self-righteousness pop up on a daily basis in the most influential circles on earth, from the way US presidents are still to this day referred to as the “leader of the free world”, to US Secretary of State Tony Blinken recently babbling about the “shared values” of the “free and open rules-based order”, to Magnitsky Act manipulator Bill Browder recently referring to the US-centralized power alliance as “the civilized world” in a bid to get Australia up to pace with the rest of the empire’s China hawkishness.

All of this is nonsense. All of this is fake. Everything the Western world believes about itself and its values is invalidated by its treatment of Julian Assange.

The Western world does not value truth.

If the Western world valued truth, there wouldn’t be a journalist languishing in Belmarsh Prison for publishing it.

Julian Assange is in prison entirely because of his authentic publications of the 2010 Manning leaks. He remains locked up for no other reason than the Biden administration’s efforts to appeal a British court’s rejection of its extradition request to try him in the United States for those entirely truthful publications.

If the Western world valued truth, Julian Assange would be free. He never would have been imprisoned in the first place. He would be a celebrated hero.

The Western world does not value justice.

If the Western world valued justice, Julian Assange would not have been forced into arbitrary detention for years trying to avoid a known (and since proven) campaign to extradite him to the United States. He would not have been dragged out of the Ecuadorian embassy by force, and he would not have then been imprisoned for a further two years and counting. He would not have endured a Kafkaesque show trial culminating in the judge proclaiming him mentally unfit but still keeping him locked up in Belmarsh anyway pending a US extradition to a nation in which he stands no chance at a fair trial and would be completely silenced and disappeared under US Special Administration Measures.

The Western world does not value freedom.

If the Western world valued freedom it would not be gravely imperilling press freedoms around the world by making a public example of what happens to an award-winning journalist who reveals inconvenient truths about the empire, and working to strengthen a legal precedent which some imperialists argue has already been set for the future persecution of disobedient press.

The Western world does not value democracy.

If the Western world valued democracy, it would not be persecuting a journalist for trying to create a more informed voting populace. Without an informed populace, democracy has no real existence. As long as public perception is being manipulated and obscured by government secrecy and propaganda, then people aren’t casting their votes based on a clear and educated perception of reality but voting based on the convenience of the powerful.

Democracy’s reliance on an informed voting populace is the only reason the press are the only explicitly named profession protected in the US Constitution, yet a member of the press is being persecuted for trying to do exactly that.

The Western world does not oppose the tyrannical oppression of political dissidents.

If the Western world opposed the tyrannical suppression of political dissidents it wouldn’t be punishing a journalist for embarrassing the most powerful government on Earth.

The Western world does not oppose the torture of political dissidents.

If the Western world opposed the torture of political dissidents, UN Special Rapporteur on torture Nils Melzer wouldn’t have found Assange showing signs of psychological torture, and they wouldn’t be working to send him into a torturous prison system.

Melzer reports: “The case falls into my mandate in three different ways: First, Assange published proof of systematic torture. But instead of those responsible for the torture, it is Assange who is being persecuted. Second, he himself has been ill-treated to the point that he is now exhibiting symptoms of psychological torture. And third, he is to be extradited to a country that holds people like him in prison conditions that Amnesty International has described as torture. In summary: Julian Assange uncovered torture, has been tortured himself and could be tortured to death in the United States.”

The Western world purports to value truth, justice and freedom and to oppose tyranny and oppression, but if you look at how that same Western world has been treating a journalist whose only proven “crime” is publishing inconvenient truths about the powerful, you see this is a lie.

We believe our society upholds noble values because that’s what we’ve been trained to believe by our schooling systems and by our media, but those same information systems have also trained us to accept a ruling model wherein a journalist is being punished for telling the truth.

We’ve been lied to.

Assange has proven this beyond a shadow of a doubt. With his publications, yes, but first and foremost with the brutish and tyrannical response to those publications.

We all owe him a great debt for exposing the lie of the Western world.