Home / economy / Bunich: the Collapse in the Russian economy will come in a few months

Bunich: the Collapse in the Russian economy will come in a few months 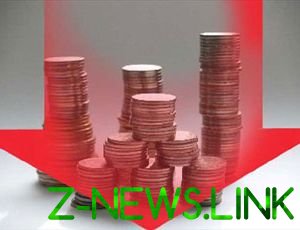 The world Bank (WB) for the third time this year lowered its estimate of GDP growth of Russia. Now, according to the forecast, the pace of development of the Russian economy will be 1.2% – 0.3% less than in the April forecast. This follows from the WB report “global economic Prospects: growth of tensions, reduction of investments”.

The authors explain the dynamics of such a reduction of oil production, tightening of monetary policy and the increase in VAT in Russia. At the beginning of 2019 business activity in the industries of Russia had fallen — such were the consequences of the decline of oil production in the framework of agreements on OPEC+, according to the world Bank.

The Bank also cut its forecast for global growth. The main causes trade conflicts and the decline in the leading countries of the world.

Now at the end of 2019, the world Bank predicts global growth at 2.6% (previous year growth amounted to 3%). Thus, the rating worsened from 2.9% expected in January. In 2020, the Bank predicts global economic recovery by 2.7% versus the previously projected 2.8 percent. Assessment for 2021 is left at the level of 2.8%.

It is expected that in the group of advanced economies, especially in the Eurozone, economic growth in 2019 will slow down due to weaker exports and investment. The pace of recovery of the US economy this year is forecast to fall to 2.5% in 2020, to 1.7%.

On the report of the world Bank has responded to the head of the Ministry of economic development of Russia Maxim Oreshkin. In his opinion, the Russian economic growth may be much above 1.3%. The Minister recalled that in 2018, his office has predicted a weak dynamics of the global economy — in contrast to the more optimistic forecasts of the world Bank but “no, we did not believe.” Now, according to the Minister, WB is forced to technically revise the indicators downward, including for the Russian Federation.

What to say to that? Oreshkin want to believe. But believe they can. As the prospects for the Russian economy is not exactly rosy.

Russia, according to analysts, relates to emerging markets — that is, to the most speculative. Plus Moscow is under sanctions, plus our economy is tied to oil — the asset most susceptible to changes in crisis situations.

All this means that the global crisis could cause the Russian economy strong tension. Apparently, the Kremlin is well aware. How else to explain the seemingly senseless accumulation of reserves and the abandonment of the investments.

The Russian authorities, possibly, will be serious crisis. Most likely, they already decided for themselves: “not to fat-be alive”. And now saving up to stay longer.

In reality the situation will develop in the global economy, how close to a crisis in Russia?

— Evaluation of the world Bank explains the methodology, can u tell WB its approach to the global economy, — said the President of the Union of entrepreneurs and tenants of Russia Andrei Bunich. In this approach, analysts look at trends that are emerging and changing the numbers.

In fact, long overdue to change the assessment of the global economy downward. She had balance before braking, and to delay this inhibition is no longer possible. Here, the world Bank and announces a 2.6% growth.

Notice, according to economic theory, growth is less than 3% is treated as a recession. And, perhaps, even this forecast is too optimistic. WB — definitely not the kind of organization that will escalate the situation. The Bank has an extremely high level of responsibility, so it will last up to camouflage the problem.

So if WB tells about a 2.6% growth is a huge red flag. Up to this point these figures are at high levels not been voiced.

In fact, now in the world — except the US — anywhere the economy is not growing. Emerging markets are under significant pressure, and China was even under attack. Europe and Japan have not shown growth. India is growing, but no more positive changes are planned.

In such situation, the WB just have to admit this new reality. And to introduce the public to a new level of pace in the global economy.

“SP”: — As in this situation, the prospects of Russia?

— WB in assessing the Russian economy come exclusively from the global trends. Analysts engaged in the analysis of purely Russian problems. Meanwhile, these internal problems have exacerbated our situation, and further hamper the Russian economy.

These internal reasons for the deceleration, undermining the investment process, total withdrawal of capital from the country, sanctions and disincentives, which business does not want to invest in Russia.

All this WB, I repeat, does not take into account. I think the Bank just has a model in which Russia is treated as a country with commodity exports, which is among the emerging markets. Analysts see that the Outlook for emerging markets is unfavourable, and put it on inertial model, calculated according to Russian indicators over the past 5-10 years. In the end, they come to the conclusion that growth will be 1.2 per cent.

But we, again, have their own dynamics. The Russian economy is no longer growing, as it undermined the mechanism of reproduction. Replacement investments are not implemented — because of the unfavorable investment climate, due to the fact that prospects in many sectors are seen. Plus falling domestic demand, rising tax pressure, negatively affected by the lack of independent financial system.

In fact, the old mechanism of development of economy of the Russian Federation, which operated until 2008, ceased to exist. A new mechanism is not created, and Western sanctions is absolutely not irrelevant.

This situation, of course, compounded by the geopolitical factor. Moscow is at risk, because the West aims to maximize the exclusion of Russia from the world economy. And considering that in Russia the changes in economic policy does not occur, adverse effects can in some moment be the same, and bring the Russian economy to actually collapse.

“SP”: — When this collapse may occur?

— I think this can happen fast enough. World players, as you can tell from indirect data, prepared that can be a serious drawdown.

We see, for example, suddenly began to fall oil, although seemingly nothing turn did not Bode. I think if the market participants were waiting for war with Iran, what many write media — oil would not fall. But, it turns out, the players on the market in a military scenario may not believe this but believe trump with Iran will be signed next transaction.

And then, on the contrary, in the global market will be legalized additional volumes of “black gold”. And this immediately changed the situation, and will immediately affect us.

Now Russia is winning because America pushed the oil market, Venezuela and Iran, and has imposed restrictions on supplies from Libya and Iraq. Moscow still reaping the fruits of the restrictive policies of OPEC, and feels “a horse.”

But prosperity can very quickly end. The US can make the decision and Venezuela, and Iran. Plus global dynamics will lead to the fact that the global economy will begin a General collapse. Plus Russia has paid a significant external debt, and now we have foreign exchange reserves more than the debt. This means, if Moscow will start a serious conflict with the West, Western capital is practically nothing to lose: the reserves of the Russian Federation partly kept in Western banks, and act as insurance on loans that have gained our company.

All this suggests that calm life for Russia remains a little. From the point of view of the United States, at the time of the collapse it is advantageous to provoke a conflict with Russia. It will distract attention, cover the transitional period while the economy in different countries will fall.

It is symptomatic that in the background of trade wars US-China the cost of servicing us government debt dropped significantly. But for Washington, this is a great article of the budget deficit.

So America has no desire to stop the war with China. There is, apparently, a great desire to provoke at the right time of the conflict with Russia. So I think after a few months we can see a completely different reality. And once again be that naive Kremlin this turn and guile of the West allegedly did not expect.