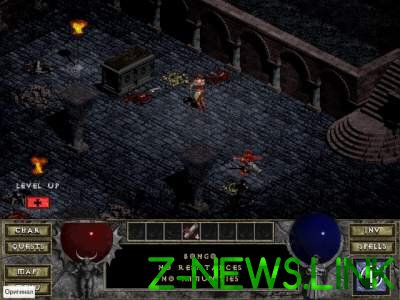 The first game in the legendary Diablo series has never appeared in the digital distribution services.

Blizzard Entertainment and shop GOG.com announced the re-release of some classic games company. The first of these was Diablo – the famous action role-playing released 31 December 1996, and opened millions of adventurers gloomy and unwelcoming the world of sanctuary.

“It was a shame that the players have not had the opportunity to purchase these well-known games and we are very happy that we could remedy the situation through cooperation with team GOG.com. We have long intended to implement these plans. Hope the players are happy to pass our classic games,” shared Executive producer and Vice President of Blizzard Entertainment Rob Bridenbecker (Rob Bridenbecker).

See also:  Civilization VI you can try for free

The first game in the legendary Diablo series has never appeared in the digital distribution services. Before starting, players will be able to choose the correct version: in its original form with graphics in SVGA format with a frequency of 20 frames/s or high resolution screen at a frequency of 60 frames/S. in Addition to the passage of the campaign will be available and the possibility of playing together (via Battle.net or LAN). Added support for Windows 10 and a whole raft of fixes to improve compatibility with modern PCs.

“To get through the dungeon first part of Diablo with Blizzard – it’s an incredible feeling. For many of us this is a very important event, and many players have been waiting for the release of this game. The first steps in the catacombs of the Cathedral of Tristram, the instructions of the old Cain – all of this is again waiting for both experienced players and beginners,” – said senior Vice-President GOG Oleg Klapovsky.