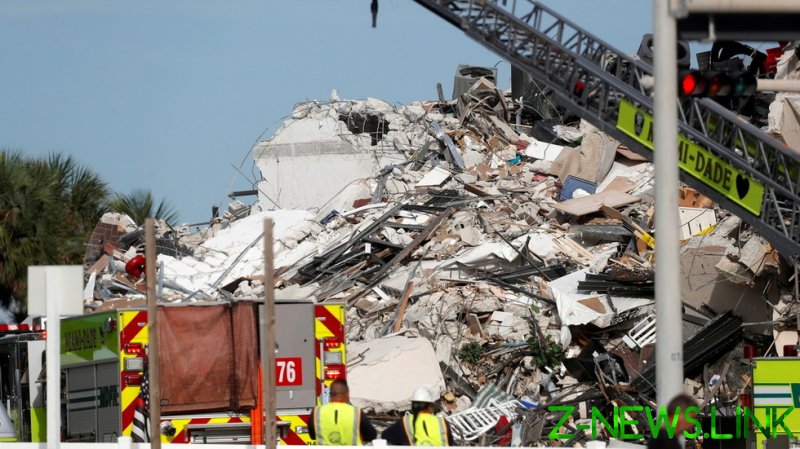 The order, which went into effect on Thursday, will allow the Department of Homeland Security, Federal Emergency Management Agency (FEMA), and other federal agencies to provide assistance to state and local authorities currently sifting through the rubble.

The declaration specifically authorizes FEMA to mobilize recruitment and resources in order to “alleviate the impacts of the emergency.” Federal agencies will also help with debris removal, the declaration, which went into effect on Thursday, stated.

Florida Governor Ron DeSantis signed a decree earlier declaring a state of emergency for Miami-Dade County, in an effort to speed up federal assistance for the rescue operation.

Nearly 100 people have been reported missing after a high-rise condo complex in Surfside, just north of Miami, experienced a partial collapse on Thursday morning.

Authorities are using specially-trained dogs as well as drones to help with the rescue effort. The site has been described as structurally unsound, making relief efforts dangerous work for first responders.

So far, one causality has been confirmed. Ninety-nine people remain unaccounted for some 18 hours after the collapse, although officials are still trying to determine who was in the building at the time. Around 100 residents whose whereabouts were unknown have since been located and declared safe. Thirty-five people who were in the portion of the apartment complex left standing were evacuated from the building.

An investigation has been launched to determine what caused the high-rise to collapse. Local officials noted that the tower was undergoing roof repairs and other maintenance work.