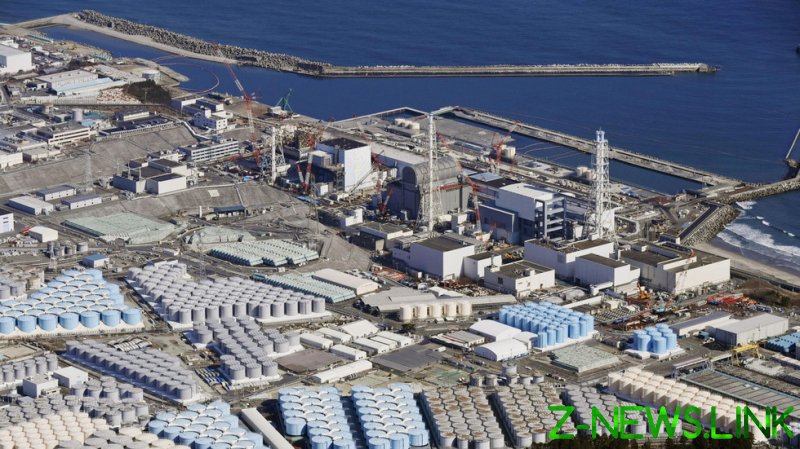 “Japan’s claims that the safety of nuclear wastewater relies only on unilaterally obtained data, which is completely unconvincing… The Tokyo Electric Power Company, which is responsible for operating the Fukushima nuclear power plant, has tampered with data and concealed the news,” the spokesman claimed, insisting that international agencies be called upon.

Zhao said that Japanese politicians were at the center of the coverup and demanded they prove the water’s safety.

The spokesman added that, as pointed out by a German marine science institute, the Fukushima coast has one of the strongest ocean currents in the world. “Within 57 days from the date of discharge, radioactive substances will spread to most of the Pacific Ocean, and spread to the global waters in 10 years,” Zhao stated.

On Monday, Tokyo announced it would be releasing the wastewater from the Fukushima nuclear plant, which went into meltdown in 2011, into the ocean “in around two years” as capacity to store the liquid runs out. The plan, which had been widely rumored to be Tokyo’s preferred option, was met with condemnation by Japan’s neighbors.

In 2020, Greenpeace claimed that the supposedly treated water still contains “dangerous levels of carbon-14,” a radioactive substance that has the “potential to damage human DNA.” More than a million tons of wastewater, containing radioactive tritium, has accumulated since the meltdown.