Became known why the PC market is in decline 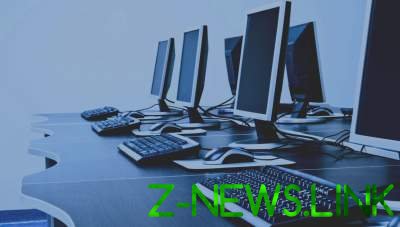 Sales of personal computers, including desktop systems and laptops decrease from 2012 in the background of the popularity of mobile devices.

Leading PC brands, including HP, Lenovo and Dell are suffering from the downturn much weaker than their smaller competitors, found out the browser PC Magazine, comparing the statistics for the PC market in recent years.

According to Gartner, in the first quarter of 2018 on the world market received 61.7 million PC devices. In comparison with January-March 2017, deliveries fell by 1.4%, the 14th consecutive quarterly decline since the second quarter of 2012. However, although PC sales going down, the market share of leading manufacturers remains fairly stable, and some, for example, Lenovo even managed to strengthen its position.

In the first quarter of 2018, the three leaders of the PC industry HP, Lenovo and Dell – supplied 56.9 percent of the global volume of shipments, whereas a year ago they accounted for 54.5% of the overall result. PC brand with the best dynamics was the company Dell, developing supplies by 6.5% relative to 2017, and the share from 14.8% to 16%.

See also:  In the Network appeared the Apple television

Having studied graphics Statista, based on Gartner data for previous years, commentators have drawn attention to the fact that since 2012, three vendors is characterised by rather stable trend of fluctuations in the supply – drawdown in the early years and the rise in the final quarter, and the volume of sales in the period remained relatively stable. Even ASUS, which is noticeably inferior to the leaders by market share, has managed to keep the shipment at 4 to 5.5 million units for the quarter.

But outside the top 5 (HP, Lenovo, Dell, Apple, ASUS) on the market has occurred a significant decline. For example, Acer, which in January-March of 2018 took the sixth place in the ranking of Gartner, with a market share of 6.2%, from 2012, has lost more than half of the quarter’s shipments. In the first quarter of 2018, the company delivered only 3.83 million PC devices, while in the second quarter of 2012, the rate came to 9.74 million shares.

See also:  A student shot his Professor the entire semester. Now he is the darling of the Internet

Even more marked fall in the category of “other producers”: if in the third quarter of 2011, less known vendors in the amount of released 40,68 million PCs, by the beginning of 2018 to shipment has decreased almost three times and amounted to 14.6 million

Given that the downward trajectory in the PC industry remains small players will find it increasingly difficult to earn on manufacture of computers, say the reviewers.