Became known date of the release of three DLC for Wolfenstein II: The New Colossus 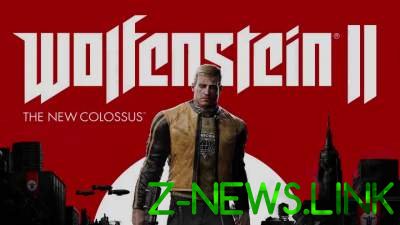 All DLC included in the season pass II Wolfenstein: The New Colossus.

Bethesda Softworks and MachineGames has finally decided, when users II Wolfenstein: The New Colossus will be able to treat myself to a new anti-fascist portions of content that are part of the so-called “Chronicles of freedom”.

All DLC included in the season pass II Wolfenstein: The New Colossus, and is also available for purchase separately.

● “Arrow the adventures of Joe” (available 14 December) call to crush a crowd of Nazis in the ruins of Chicago and to get to the depths of space in the role of former quarterback Joseph Stallion (not to be confused with Joseph Stalin!);

● “The diary of agent silent Death” (available January 30) will be a former agent of the OSS, Jessica valiant to sneak into a Nazi bunker under California and uncover the secrets of the operation “San Andreas”;

● “The incredible exploits of captain Wilkins” (available in March 2018 th year) will send you to captured by the Nazis Alaska along with a war hero, a captain in the US army Gerald Wilkins to disrupt the operation of the “Black sun”.

Please note that the addition of the prologue “Episode zero”, which you can already get acquainted with the abilities and Arsenal of Joseph Stallion, Jessica valiant and Gerald Wilkins, has already launched on PC, PlayStation 4 and Xbox One. The DLC is available for those who pre-order Wolfenstein II: The New Colossus, and/or shelled out for a season ticket.