Astronomers have discovered an unusual exoplanet 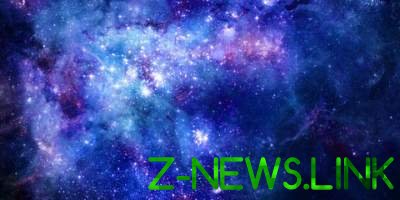 The exoplanet orbits a star of the main sequence KELT-9.

Exoplanet atmosphere, which is heated to such high temperatures that it contains a pair of titanium and iron, found in the constellation Cygnus. On the planet literally float the “iron” of the cloud. Planetary scientists have published their observations in the journal Nature.

Jens Haymakers at the University of Geneva noted that after the experts have calculated the properties of the atmosphere KELT-9b, it became clear that it will consist of atoms, not molecules.

“Guided by these predictions, we tried to find iron in its atmosphere. When we looked deeper, we found even more surprises,” said Haymaker.

See also:  Became known, when will be created a time machine

Many exoplanets, planets outside the Solar system are close to their stars. But if in addition to such close orbits their lights more and much hot Sun, they can be heated to incredible temperatures. The hottest of them, KELT-9b, was discovered by astronomers of the United States in June 2017.

The exoplanet orbits a star of the main sequence KELT-9, which is located 650 light years from Earth in the direction of the constellation Cygnus. The radiation is heated up to 10,000 degrees star heats the day side KELT-9b to 4300 degrees. Due to such a high temperature atmosphere of KELT-9b is very very sparse and essentially consists of single atoms, since the molecules in such conditions just can not be formed.

This observation prompted the authors to the idea that in the spectrum of KELT-9b, it is possible to find the traces of those molecules that do not normally fall into the planets atmosphere and not disintegrate into individual atoms, including compounds of iron and titanium.