Home / WORLD / As Covid-19 variants seem to get the upper hand in the race against vaccines, 2 top scientists explain where the world went wrong

As Covid-19 variants seem to get the upper hand in the race against vaccines, 2 top scientists explain where the world went wrong 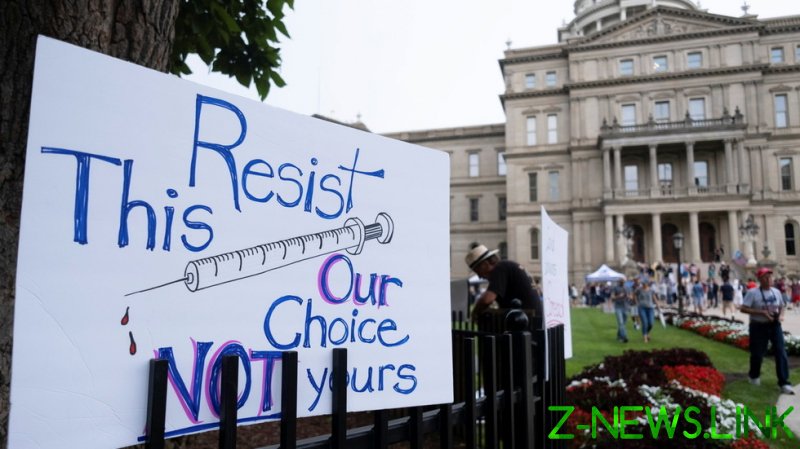 It’s been well over a year since the global fight against the coronavirus started, but matters of concern are still mounting. The growing number of infections has led to new lockdowns and mass testing, while plans to make vaccination compulsory have been causing tensions and protests. Is the fight against Covid-19 in trouble?

“I think we rushed in lifting restrictions like mask mandates, as we didn’t have enough people vaccinated,” Professor Agustin Valenzuela Fernandez, an expert in virology, immunology and pharmacology from the Spanish University of La Laguna, tells RT. “First, we thought we need 70% of the population vaccinated, but now, amid the Delta variant, we need 90% to be immunized.

“There was a moment when we were controlling the situation well. But then, the Delta variant emerged, the one that has more serious contagion capacity. In summer, everybody wanted to re-activate the tourist sector, because a lot of countries, like mine, depend on it. That was a step back, as the pandemic is a global thing, and when there is an outbreak in one part of the planet, it will, as a wave, hit other places as well.”

‘Something that happened long ago and far away’?

Here, a question emerges: Did humanity learn from the previous experience? It’s a tough one, experts admit.

“This particular pandemic caused devastation for people around the world, and it might appear that we were poorly prepared,” Professor David Dockrell, from the Center for Inflammation Research of the University of Edinburgh, says. He participated in a study analyzing a century’s worth of influenza research amid the ongoing pandemic. Covid-19 is usually compared with the so-called Spanish flu, which, according to estimates, hit one-third of the world population and caused at least 50 million deaths. “I think it’s valid to make comparisons [with the Spanish flu],” Prof. Dockrell told RT. “Both episodes have resulted from the viruses that were relatively new for the populations exposed to them, both have caused major changes to society and major disruption to modern life at the time in which they occurred.”

Meanwhile, Prof. Valenzuela believes society underestimated the danger, seeing it as “a headache that would go away when most of the population is vaccinated.”

“For me, it looks like the Western world forgot the experience of the pandemics of the past, thinking that it had been something that happened long ago and far away,” he says. “Still, there is an outbreak of Ebola in Africa almost every year – but it may look so far away for many. There are special bodies like the WHO [World Health Organization] to handle those outbreaks. Most of the respiratory viruses especially hit the Asian part of the world, so countries like China, Japan or South Korea, learned how to act. But the reports by the WHO that warn about the possibility of an outbreak and tell how to get prepared were massively ignored.”

“China clearly did a very good job of containing infections, their response shows that you can slow spread,” Prof. Dockrell agrees.

“Any country that manages to successfully vaccinate large sectors of its population will not be completely protected till all countries can do that,” Prof. Dockrell confirms.  “The countries where vaccines are less available will still have the virus circulating. So, the countries where lots of people have been vaccinated may subsequently be at risk of strains of virus coming back, and the vaccines will become less effective.”

“It’s necessary to provide vaccines to the countries that are lacking them, otherwise the virus will be circulating, adapting and generating variants,” Prof. Valenzuela agrees. “We must remember that we live in a globalized world.”

‘Hard to understand at the individual level’

However, the current news agenda suggests that the idea of mass vaccination, especially a mandatory one, is not perceived as a blessing for many. It’s enough to look at hundreds of thousands protesting in France over the government’s decision to expand ‘health passes’ for public places and compulsory immunization for medical workers.

Both professors think that the problem is a failure to inform the public correctly. “We live in the time when scientific gains are important. But here, there is a contradiction: While we have a lot of information and scientific outlets, and we have access to quality information, a lot of people reject vaccines,” Prof. Valenzuela opines. “I see several reasons here. First, correct information about this pandemic has been lacking since its beginning. Governments couldn’t scientifically explain to people how severe this pandemic is, and what kind of impact it would cause in all levels of the society. Second, there are a lot of discussions like ‘vaccines are too rushed’, ‘vaccines have been developed too fast and still cause a lot of questions to respond’. You know, it is true, but it’s justified by the medical emergency. A lot of studies – regarding adolescents, pregnant women, people with other illnesses like cancer – are being done right now.”

Prof. Dockrell supports his point of view. “As health specialists, as doctors and scientists, we’ve got to communicate, we’ve got to explain why vaccines are important, to try and get people to trust us. Vaccines, I would contend, have made one of the biggest contributions to health globally, particularly in preventing children in low-economic countries from childhood illnesses that otherwise prove fatal. They have been one of the things that have made the biggest contribution to human and animal health.”

Prof. Valenzuela says that people need to understand the fact that vaccination doesn’t mean that there is no risk of contagion, but there is a major chance not to develop complications and survive the virus. “Everybody was saying – if the one is vaccinated, so they can’t get infected, or if the one survived the virus, there’s no risk of getting it once again. It’s all false, and all this information appeared because we didn’t take into account the experience of past pandemics.”

He also insists that the governments should deliver a common approach towards vaccination, otherwise confusion is inevitable. Prof. Dockrell agrees that “the difficulties with vaccination sometimes happen in the sectors of society where there is a breakdown in trust with lawmakers.” People need to buy into the risks and benefits, he thinks, and understand that very-very rare individual bad outcomes of the vaccine are much better than putting large numbers of vulnerable people at risk of getting sick and dying. “At an individual level, that can be hard for people to understand. It’s not just about conveying the science, but it’s also about ensuring that governments and leaders explain the reasons in a mature way.”

‘None would solve the problem on its own’

“What I think we have to learn from this particular pandemic, is how we manage the very early phases of the next pandemic, to try and prevent the virus from getting established in large sectors of the world’s population,” Prof. Dockrell says. “This time, we didn’t manage to contain it in the very early stages, we probably didn’t understand how severe it was, and it spread to cause large numbers of infections around the world, and that gave the virus a head start in our response.”

Prof. Valenzuela agrees that Western countries didn’t realize the impact that the globalized nature of the modern world would have on an outbreak like this. He also points out another problem, that the consumer society has been largely ignoring. “While exploiting nature, we come in contact with the ecological niches we never contacted before, with animals and plants that may carry viruses,” he explains. “Viruses are the most frequent species in the world.”

While progress won’t stop and the interaction with nature will only deepen, the danger is always there, from Covid-19, its variant strains and other viruses that are yet to show themselves.

“There will still be Sars-Cov-2 circulating in humans, there will still be occasional infections and we will have to be very good at picking those up – sequencing people’s viruses very early, identifying initial cases and being very careful to look at all of the contacts of those people, to stop ongoing networks of transmission,” Prof. Dockrell thinks.

Preparation is not only needed on a medical level, but on a social one too. “We need to explore, what kind of risk the virus poses to those most vulnerable, to the poorest districts of the city and to the families with less income, as well as to the public sectors like art, culture, bars and restaurants, tourism,” Prof. Valenzuela insists. “We need to issue new laws and to allocate resources to handle these factors.”

And, of course, we are all in this together. “None of the countries would solve the problem of Covid-19 on its own,” Prof. Valenzuela adds.

“We’ve learned that we can produce vaccines, we can use them quickly and we can protect people,” Prof. Dockrell concludes. “We have to make sure that we do it all around the world and that everybody can benefit from those vaccines. We can’t have countries stockpiling vaccines just for their good, we’ve got to think about the whole world population and work together, because we are only protected when everybody is protected.”