Home / INCREDIBLE / Archaeologists have determined the age of the Holy Sepulchre

Archaeologists have determined the age of the Holy Sepulchre 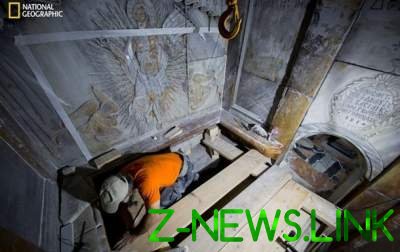 The researchers believe that the tomb was built about the year 345 ad.

The age of the Holy Sepulchre in Jerusalem nearly two thousand years. To such conclusion have come the archaeologists from the Athens national technical University.

Experts analyzed samples of limestone taken from several locations in the Edicule – the chapel dome of yellow-pink marble, where there is a Shrine. Shelf where, presumably, lay the body of Jesus, was dated approximately 345 BC.

According to scientists, this discovery proves that the Church of the Holy Sepulchre was laid by the first Christian Roman Emperor Constantine.

We will remind, last year archaeologists first removed the marble slab with the alleged burial bed of Jesus Christ.

The body of Christ after the descent from the cross was laid on a stone funerary couch. The current room and the previous cave, destroyed in 1009, called the Holy Sepulchre.

Church of the Holy Sepulchre stands on the spot where, according to Scripture, was crucified, buried and then resurrected Jesus Christ. In the temple every year goes the Holy fire.