Home / WORLD / Arabian slights: How a deepfake video caused a rift in the Arab world and led to a three-year blockade of Qatar

Arabian slights: How a deepfake video caused a rift in the Arab world and led to a three-year blockade of Qatar 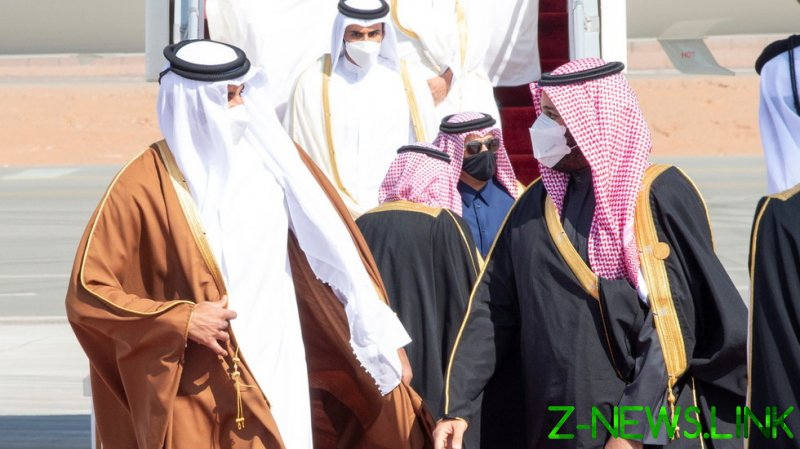 In early June 2017, a major fissure in the already fragile relations between the six members of the GCC (Saudi Arabia, the United Arab Emirates, Bahrain, Kuwait, Oman, and Qatar) emerged, leading to a total blockade of Qatar. The crown princes of Saudi Arabia, Mohammed bin Salman (MBS), and the United Arab Emirates, Mohammed bin Zayed (MBZ), accused the Qatari Emir Tamim Al-Thani of terrorist links, and announced a harsh ultimatum: a total blockade by air, sea, and land of the gas-rich Emirate.

For the past three years, Qatar, which sits on a peninsula jutting out from Saudi territory into the Persian Gulf, has been cut off from her Arab neighbours. As the GGC meets again, the headline news is the lifting of this blockade. But what does this mean?

It is certainly a confidence boost, after nearly three and a half years of very high commercial and political costs. Travelling from Dubai to Doha had turned into a cumbersome enterprise. Families were torn apart. Each and every person in Qatar suffered. Not only the millions of expats working in the region, but anybody doing business there was affected by the disruption. However, Qatar neither budged nor disappeared, and the Al-Thani family managed to handle this crisis despite the tremendous strains on its economy.

It all started with a deepfake video that presented Sheikh Tamim delivering a speech in the middle of the night that he never gave. When I met him in 2019, I learnt more about the amazing defamation campaign that had been launched against him personally. For those who remember the US film ‘Wag the Dog’, depicting the close ties between filmmakers and war planning, a new era of dangerous propaganda had started with that major crisis among Arab Gulf states. Whoever produced that video provoked chaos and costs. I wrote about this episode in my recent book on diplomacy, for it is the perfect example of creating a fog of war via public diplomacy.

The rift is deep and complex

Part of the current settlement mediated by US President Donald Trump’s son-in-law, Jared Kushner, and his team is that all parties must stop their media campaigns against each other. This crisis has been running virtually in parallel with the arc of the Trump administration. But the underlying issues go much deeper than what began in June 2017. It is about a long-standing rivalry that encompasses the creation of the satellite channel Al Jazeera, based in Doha, and its Saudi response, Al Arabiya.

It also has to do with the oil and gas markets. Qatar has been a champion of liquefied natural gas for decades and left OPEC, the Organization of Petroleum Exporting Countries, in 2018. Furthermore, the role of the Muslim Brotherhood, supported by Qatar, is a strong element of division within the GCC and beyond. Egypt joined Saudi Arabia, Bahrain, and the UAE in the boycott precisely over Qatar’s support for the Brotherhood.

Some voices even claim the World Cup, slated to be held in Qatar a year from now, also had its place in the rift. Were the two crown princes MBS and MBZ envious of Emir Tamim because he was hosting that soccer event? It might surprise analysts who look for fundamental geopolitical and economic data to explain certain decisions, but politics often breaks down to very banal human emotions, such as jealousy.

Could Saudi Arabia distance itself from the UAE?

The current diplomatic truce in the making is, first and foremost, a bilateral one between the Emir of Qatar and the Saudi Crown Prince MBS. Several sources report that the UAE is not amused. The often-erratic MBS has perhaps been following his older and more experienced colleague and mentor from Abu Dhabi, Crown Prince MBZ, on one too many matters and has probably regretted some of the decisions he has taken, having blindly followed the elder royal. The Qatari boycott may have been one of those. Inside the Kingdom of Saudi Arabia, unrest has been brewing over Riyadh following Abu Dhabi on so many issues – particularly since, given the size and role of the Wahhabite kingdom, it should have been the other way round.

In the past few weeks, speculation has been running high over whether Saudi Arabia would also open diplomatic ties with Israel, as the United Arab Emirates, Bahrain, and various other Arab states have done. Apparently, Israeli Prime Minister Benjamin Netanyahu had met MBS in order to push for such an opening.

But Saudi Arabia is in a different category. The country is named after its ruling family, the House of Saud. The only other nation where this is the case is Liechtenstein. It was they who expelled, with British and American support, the ancient royal house of Hashem, now the royal family of Jordan. The Sauds have a special responsibility in the Islamic world as custodians of the holy mosques of Mecca and Medina.

Unencumbered by such a pious responsibility, the Emiratis are more of a multinational corporate business. To me, it seems rather improbable that Saudi Arabia would begin formal diplomatic relations with the Jewish state, despite all other elements of rapprochement on military and scientific levels. The main point of agreement between Jerusalem and Riyadh is a shared hatred for the Islamic Republic of Iran.

Qatar will certainly pursue special relations with Iran for multiple reasons, including geography and geology, but also due to recent history. Without supply from Iran, the country might not have been able to manage the comprehensive blockade as well as it did. I should add that the Persian Gulf is known as the ‘khaleej al arabi’ (Arabian Gulf) in Arabic. These oil- and gas-rich waters are considered old Persian territory by Iran, but that opinion is by no means shared by her neighbours.

The GCC may superficially regain an image of Arab brotherhood, but below the surface, the simmering tensions will continue. The GCC was established as a political and economic union in 1981. I remember from debates in those years its ambition to follow the example of European integration, including a hope for a common currency. But over the past three years, this regional organisation has been completely paralysed by the rift between Saudi Arabia and Qatar, very much to the distress of other members, such as Kuwait, which has done its utmost to keep the GCC alive.

Confidence-building has started. Face-saving is an important consideration when negotiating a quagmire such as this. It is only a start, but an important one. This crisis has been accompanying the Trump administration from its beginning to its looming end. One of the reasons for firing the previous secretary of state, Rex Tillerson, in March 2018 was most probably his opposing Trump on Qatar. To bring it back to the World Cup and football, if I were to score the latest chapter of this crisis, I’d currently have it 1-0 to Qatar, which could have an impact for the making of alliances within and outside of the Arabian/Persian Gulf. 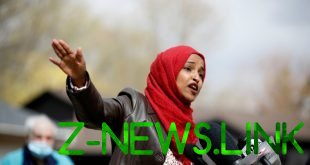 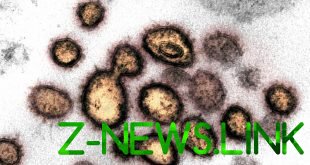 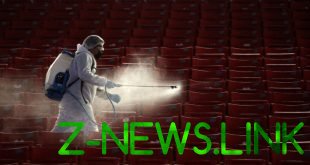