Home / WORLD / Americans’ trust in mainstream media has never been lower – but journalists insist it’s the audience’s fault, not theirs 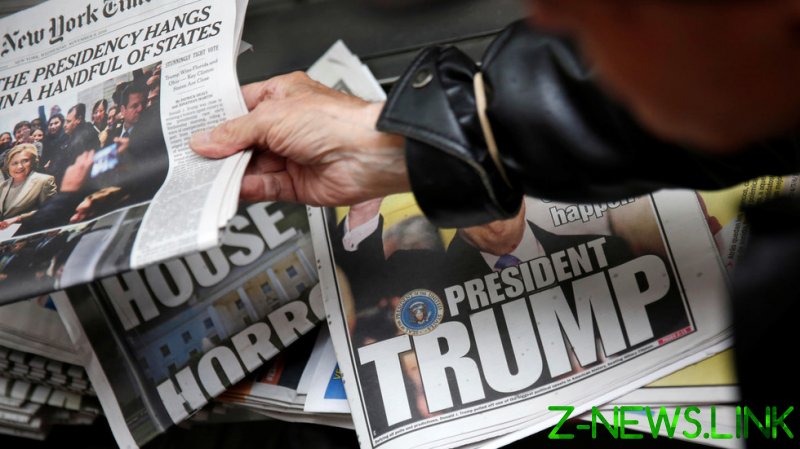 Long headed for collapse, Americans’ trust in the media establishment hit an all time low in 2021, falling three points overall to just 46 percent, according to Edelman’s most recent annual survey. The figure marks the first time Americans’ trust of journalism sank below the 50 percent mark.

Americans’ trust in social media also hit rock bottom, clocking in at a miserable 27 percent, according to Edelman’s annual “trust barometer.” Globally, people’s faith in social media wasn’t much better, with just 35 percent of users deeming it a trustworthy source for “general news and information.”

Survey respondents did not hesitate to expound on their dim view of the journalistic profession, either – 56 percent of Americans agreed the media was “purposely trying to mislead people by saying things they know are false or gross exaggerations,” while 58 percent agreed most outlets were “more concerned with with supporting an ideology or political position than informing the public.”

Perhaps unsurprisingly, breaking the numbers up by political party revealed a sharp contrast between Biden and Trump voters, with only 18 percent of the latter crowd deeming the media trustworthy in the wake of November’s presidential election. Even among Democrats, however, only 57 percent deemed the media trustworthy.

Conservatives, including the offspring of former president Donald Trump, took to social media to roll their eyes at what for them was stating the obvious. Most establishment outlets had after all been gushing about President Joe Biden’s inauguration in truly outrageous terms, comparing his inaugural speech to that of JFK and waxing poetic about Vice President Kamala Harris’ hair.

Others brought up dubious connections to “independent” media – including Edelman itself – suggesting the trust crisis had less to do with the media losing its touch than it did with Americans becoming more savvy regarding their manipulation.

The only group trusted by a majority of Americans out of Government, Media, NGOs, and Business in 2021 was, ironically, Big Business – even though corporations largely pull the strings of the media, politics, and the other institutions so many Americans seem to agree are not trustworthy.

Axios and other opportunistic journalists reading Edelman’s 2021 report have called for these CEOs to “visibly embrace the news media” in order to burnish the media’s public image.

“Now it’s time for [CEOs] to use the trust they’ve built up to help rebuild our civic infrastructure,”Axios concluded, specifically referring to outreach to Trump voters, whose trust in CEOs (61 percent) runs 40 points higher than their trust in the media. However, given conservatives’ unabashed loathing for mainstream media, the plan could backfire and drag corporations down a few notches in the MAGA crowd’s estimation.

Even while admitting that media distrust was a global issue rather than “a function of Donald Trump’s war on ‘fake news,’” Axios appeared to blame its audience for their refusal to put their faith in the Fourth Estate, posting a series of links tipping worried journalists off on why their propaganda might be missing the mark. Clutching pearls on topics from the Covid-19 pandemic and “vaccine hesitancy” to the US election scandals, the overarching message was simple – don’t confuse your audience with opinions other than the one you want them to have.

However, Americans’ own distrust in the majority of their institutions does not bode well for the US’ “brand,” Edelman’s survey revealed. Other countries have apparently been paying attention, as trust in companies headquartered in the US fell four points to what was reportedly an all-time low of 51 percent.