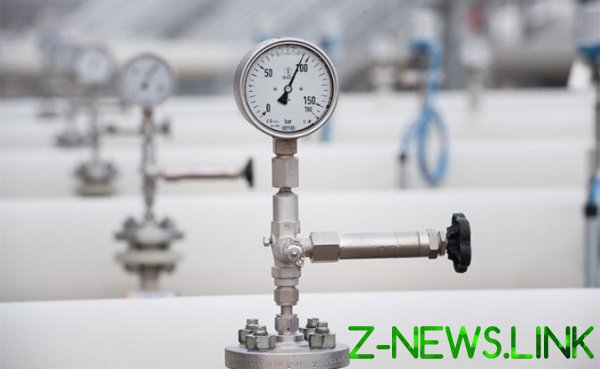 The United States intends to impose new sanctions against the “Nord stream-2”. On it informs German newspaper Handelsblatt, citing sources in diplomatic circles of Washington. Restrictions may be introduced in February-March 2020, if Russia will try to finish the pipeline.

According to interlocutors of the edition, if the last time sanctions were threatened companies that are involved in the construction of the pipeline, this time the object of sanctions can be European investors and future buyers of gas.

According to the publication, the representative of the German company Uniper, which is the partner “Gazprom” under the project, the company is monitoring the situation.

“We know that the Americans are determined to prevent the implementation of the “Nord stream -2”, — he stressed.

It is reported that the project is the fact that to the exit point of the pipe on the banks of Germany, 150 km from the German Government believe that it can still be completed in a reasonable timeframe, and continue to support the project. The interlocutor of the edition among the German diplomats also confirmed that Berlin continues to fight to build SP-2 “never late”.

We will remind, sanctions against the “Nord stream-2” and participants of its construction, the United States imposed just before the New year. After that, construction work was suspended, and after a few days the Swiss company Allseas, and all withdrew the ship-the pipe layer. As a result, the timing of input of object in operation is moved for a few months. While specific dates are still can not be called one because of lack of ships able to continue work on laying pipe at great depth.

At the end of January 2020, the Director of the Eurasian center of the Atlantic Council John Herbst stated that the project can be stopped for years. According to him, currently in the world there is a craft that can finish the pipeline. In addition, he expressed the opinion that in a few years, Russia is able to create a suitable for this purpose, the pipe layer, but this time “there may be other barriers.” At the same time, Russian authorities promise to finish the pipeline no later than 2021. It should be noted that with a total length of one leg of the pipeline in 1234 km to finish there are only slightly more than 150 km.

In any case, we can say that the project was stalled for months, which already was enough to force Moscow to sign a transit contract with Kiev. What else do you need US?

Continued sanctions, really, was not enough, — said the Deputy Director of the National Institute of modern ideology development Igor Shatrov.

— Only one recent example. A couple of weeks ago oil and gas company Shell has said it has no intention to stop supporting the further construction of the pipeline even with the us sanctions. In the opinion of management, the company “Nord stream-2” important for Europe’s energy security. Speaks from similar positions and policies of most European countries, with the exception, perhaps, only Poland and the Baltic States. Europe does not SAG under the United States, so Washington will be made all new and new steps.

“SP”: — Sanctions should come into force in February-March. Where are the Americans in such a hurry?

— Trump needed victory. North Korea, Iran, the Palestinian issue, “Nord stream — 2” is all the themes of the campaign. No matter how say some that the election agenda in the United States exclusively domestic, foreign policy initiatives have a significant impact on the election results. There are two pre-election agenda. One for the voter, and it is, indeed, internal. The other for the political establishment and multinational companies, and it is mainly external. Trump should pass between the pouring rain, to meet both requests. The struggle against the “Nord stream — 2” meets the requirements of and those and others. When providing orders to American producers of LNG, trump creates new jobs in the United States and restores the American economy.

“SP”: — If the last time sanctions were threatened companies that are involved in the construction of the pipeline, this time the object of sanctions can be European investors and future buyers of gas. Many buyers it will scare away? The same Germany that was almost more than Russia is interested in the project, now refuse him?

— “Trade war” with the European partners on the script of the us-China Trump is not needed. Even the us economy is unlikely to survive a war on two fronts — with China and the EU. I think trump raises the stakes, expanding the space for further manoeuvre. The result will be a compromise. Europe inclined to believe that she is buying gas from Russia, agreed on supplies from the United States.

“SP”: — What do you mean sanctions buyers? Maybe even to impose sanctions on all who buy Russian gas, according to JS2, JS1 what that “Turkish stream” that the “Power of Siberia”. What trifles something?

— Trump would have done if the US was ready to replace Russian gas in other areas too. I hope that sooner or later the American allies will be patience. The question goes into the realm of international law. The WTO, like many other international institutions, shows his incapacity. A reboot is required not only international security, but also the international trading system.

“SP”: — “We know that the Americans are determined to prevent the implementation of the “Nord stream -2”, — said the representative of Uniper. Why is this pipeline so they interfere with living? As if they he lose huge money?

— The United States, indeed, lose money. After all, at stake promises to the voters. Trump assured them that the economy in the US is not the only service that the country will return manufacturing from China and other countries in Southeast Asia that will earn mining. It’s time for a visible confirmation of the success of the fourth anniversary of the tramp. Apparently, those successes, we will not hide, administration trump reached in domestic politics, it still is not enough for a confident victory in November.

“SP”: — To the exit point of the pipe on the banks of Germany remained for 150 km So German authorities believe he may still be completed in a reasonable time. Will the? And in what time frame?

I can only refer to President Putin, who has promised that, despite the sanctions, the project will be completed in late 2020 — early 2021. About the time calling and Minister of energy Alexander Novak.

— Indeed, there were only 150 miles — like the political scientist Ivan Lizan.

— Guaranteed to make it to the end of the year “Gazprom” has his own ship-the pipe layer. It just bought for backup in case of force majeure, including sanctions.

“SP”: — What is the purpose of these new sanctions? That means sanctions buyers? From buying gas to the Germans? Is it real?

— Reduce the share of Russia in the European gas market and facilitate U.S. access to this market for their LNG producers. To ban really, but would the Germans respect the prohibition is not clear. The project invested a lot of money and nothing but irritation such sanctions can not cause.

“SP”: — What the Americans so furious it SP-2? Well, that would not be his, and that all immediately rushed to buy us gas?

— First, the European market is oversupplied with gas, and LNG is more expensive than pipeline gas. Second, SP-2 reduces the dependence on Ukraine, Belarus and Poland as transit countries. And the lower the dependence, the less the vulnerability “Gazprom”.

“SP”: — will sanctions have the desired result?

— No, it will not. Such sanctions would further alienate the EU from the US.