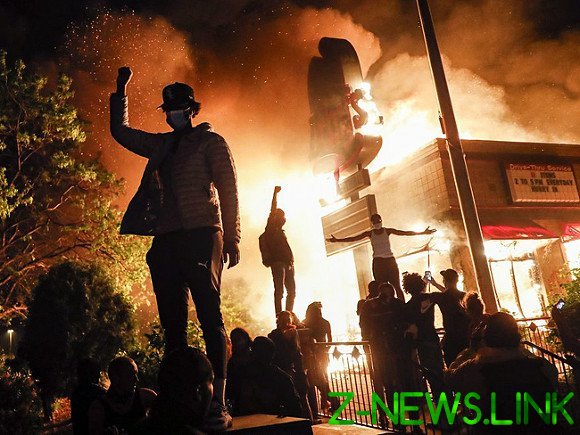 Almost all reaction to the campaign #blacklivesmatter in the Russian “Facebook” could be reduced to the two most popular types (if to speak about “Facebook”, i.e., relatively “advanced” part of society):

1) “Conservative” — emphasis on the various “excesses” of the campaign. How its members silenced all who say at least something inappropriate to their position, withdraw books from libraries and movies out in the theaters, trying to get fired objectionable, demolished the monuments, etc. C apocalyptic predictions about where it may lead (usually accompanied by references to our 1920).

2) “Progressive” messages that no no such problems. This, they say, from Russia think that they are, in reality, in America nobody feels. But if something happens, then it is quite justified, and generally not something you pay attention when the real problem is just racism and discrimination.

Namely, the problem of “excesses” really exists, and American intellectuals feel it, and it is quite a serious problem — maybe even not like themselves racism and discrimination, but also has serious. However, to worry for the Americans is not necessary. Still, there is a very strong tradition of freedom of speech — much stronger than anywhere else in the world. So with their “kinks”, most likely, they can handle themselves quite quickly and quite successfully.

Another proof of this thesis — an open letter to several dozen of the most prominent English-language journalists, publicists and writers, mostly of the “left” and “progressive” views (including Applebaum, Fukuyama, Chomsky, Rowling, etc.) In which they say it is the problem of “plugging the mouths of dissenters” and are willing to fight it as strongly as the opposite — with racism and discrimination.