Home / policy / After Mikhalkov about the plans of the gates chipped people, said the head of the HRC

After Mikhalkov about the plans of the gates chipped people, said the head of the HRC 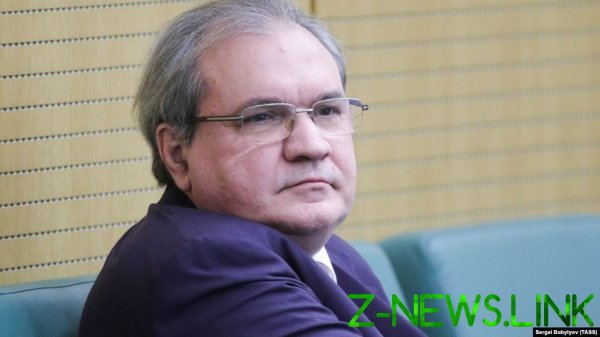 The head of the Council on human rights under the President of Russia Valery Fadeev, the radio station “Moscow speaking” has announced plans for an American billionaire and founder of Microsoft bill gates chipped people. In addition, in his opinion, “chipping possible in Russia”. According to Fadeeva, it is supposed in Moscow the program “development of artificial intelligence”.

Fadeev also said that soon, during the display of political advertising special sensors will monitor how people are watching video, reading text. “If the system decides that you are right, you to the account drips cryptocurrency,” – said the head of the HRC, adding that he “invents”.

He was also supported by Director Nikita Mikhalkov, who spoke about the plans of the gates chipped people a month earlier.

In may the Director Mikhalkov in his author’s program “Besogon” expressed the interest of Microsoft founder bill gates for the pharmaceutical industry and developed the system of “chipping” of the population to control its size. The issue showed on TV channel “Russia 24”, but then the leadership of RTR refused to repeat the program. Mikhalkov called the incident “censorship”. Meanwhile, on the YouTube channel “БесогонTV” transfer looked more than 6 million people.