Home / Society / A dangerous landslide in the Odessa region: environmentalists are sounding the alarm

A dangerous landslide in the Odessa region: environmentalists are sounding the alarm 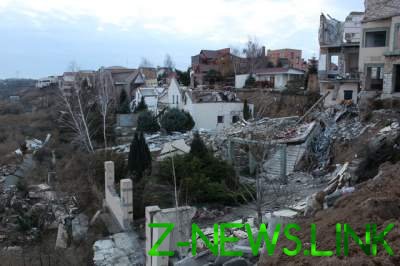 After another landslide the patience of local residents is exhausted.

Landslides in the coastal area of Black sea near Odessa continue to destroy the homes and measured life of local residents. In two years, due to mudslides on the street of the Sea “slipped” the road and a number of elegant cottages. A month ago, huge cracks appeared in gardens and yards in the surrounding streets, and someone had not said goodbye to a housing. Journalists visited the site of the collapse.

CRACK. Garden Basil, the resident of the house on Primorskaya street (it is perpendicular to the street of the Sea), bordered by two of the once-luxurious houses that are already on the edge of the cliff. To examine them closely, we jump over deep cracks in the ground and walk past the collapsed fence. Under the column of one of the houses has almost no support, and broke away the porch roof, and literally drove off steps from the front door. “In these houses, even swimming pools and gyms were,” says Basil.

Landslide processes is now seen on his site: a huge rift appeared in his garden just over a month ago. “In September I collected then tomatoes, then noticed a small crack, and then formed these faults,” says Basil. His neighbor Valentina complains that she has difficulty to jump over the pit. “We have come the Commission has tried to measure the depth, but there was such long tools. There are more than two meters”, — says the woman.

ON THE EDGE. The local let us in on the territory of another house — its owners had moved out, and the neighbors look after the site. Here, the crack went across the yard and hit the house edge under one corner just left of the earth. “There have already disconnected the gas and water. A week ago there was another water main break, water all night tech” — told us a local resident Vladimir. Behind the fence you can see the neighbouring house, or rather what’s left of it: two walls and part of the floor. Four houses on this street is completely destroyed, three more under threat.

THE DREAM AND THE TENT. After seeing the house on the Seaside, we met Vladimir, the owner of the house, which collapsed one of the last on the street of the Sea. Even when the road collapsed, the house was still intact and its inhabitants through the neighbor’s fence came out on another street. A month ago, the land under the house of Vladimir sank about two meters, this kitchen is turned into a pile of stones, and in the courtyard formed a huge failure. “The night we heard the house fell down, and in the morning I saw this. My five year old grandson was so scared that week of not talking,” says our source.

A large and beautiful mansion he bought just five years ago. “It was the dream of my life”, — says Vladimir, standing on the stairs now, just in the open. According to the man, at the time of purchase of the house he worked in a construction company, which built in the area a few buildings.

“The firm was the project for Bank protection and drainage of ground water. I was sure that everything here will be fine,” recalls Vladimir, adding that the workers have even started to drive piles, but then it stopped. He suggests that the firm someone could be denied work, and notes that warned colleagues about the dangers of high-rise building in the area.

Now he’s with his wife, daughter, son in law and grandson is forced to rent an apartment. “We will live there until the holiday season, then the prices will rise, and we will not be able to pay. Come back here with my wife and we’ll live in a tent,” says Vladimir, who had to get a janitor in a supermarket to pay rent.

PROTEST. After another landslide the patience of local residents is exhausted. They blocked the Central street of the Black sea, requiring officials to take action. “My house is the third from those that are destroyed”, — told us the participant of the action Hope, Smile.

According to her, the mass of the building area there was a river and two lakes, so people think that the landslide processes provokes not only the construction of large houses, but also ground water, eroding the soil. A local showed us where the bottom of the cliff already formed ponds. “The water has nowhere to go. We want to do drainage, but so far only install piles,” says Hope. When “Today” was on the street of Primorsko, at the bottom of the truck was unloading granite boulders.

Meanwhile, the Vice-mayor of the Black sea Yuriy Kruk said that after the installation of pile number of destructive processes in the soil has not stopped, as due to lack of funding from the city budget in 2013 executed only a quarter of necessary shore protection works.

“Given the financial capacity of the project, we have prepared a package of documents for obtaining financing from the Fund of the state budget provided for elimination of consequences of emergencies”, — declared Vice-the mayor on social networks. People say that words don’t believe and will seek action: “do Not take measures will sleep under the Verkhovna Rada”. 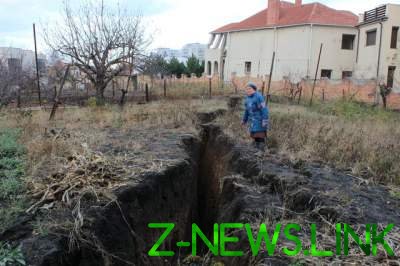 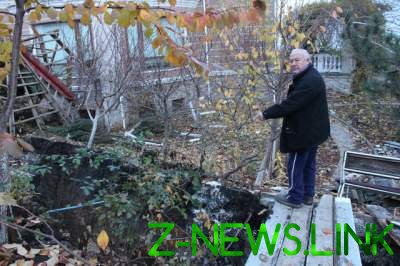 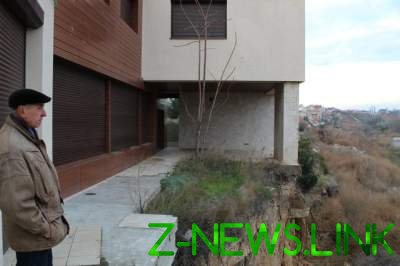 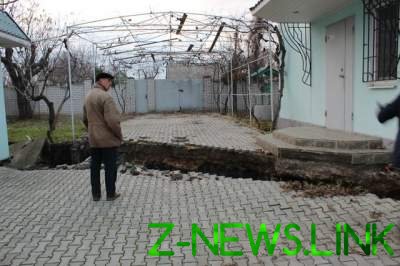 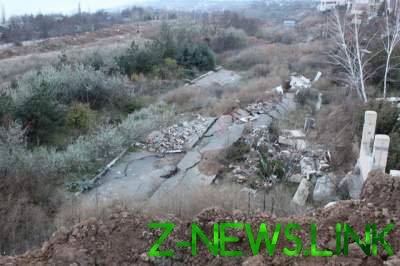 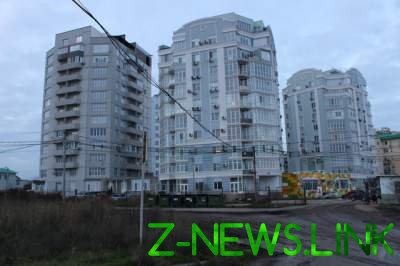 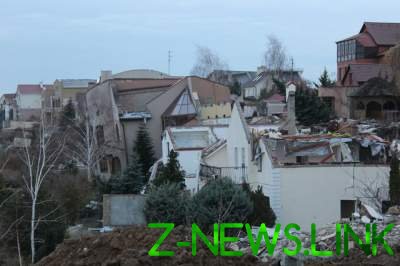 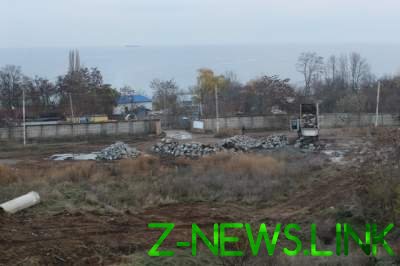 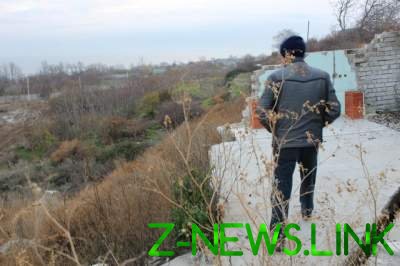 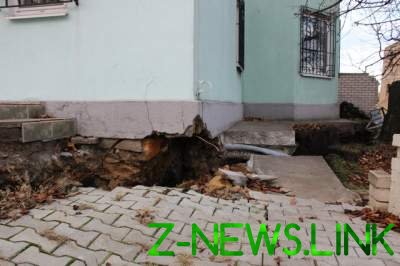