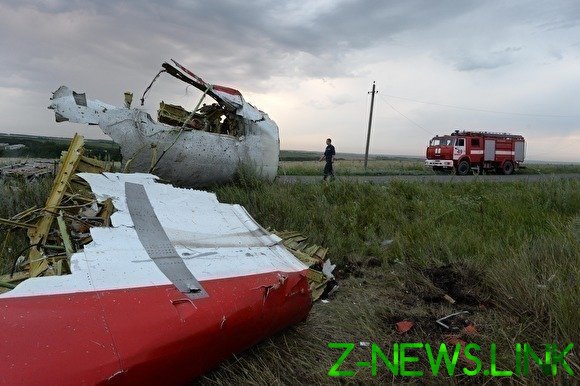 About 55% of Russians fully or partially agree that Russia must pay compensation to the families of those killed in the crash Boeing in the Donbass in 2014, if proven guilty of the Russian Federation. Such data results in the Trouw newspaper, citing a survey of “Levada-center”. The first publication in the Dutch edition of the pay TV channel “Rain”.

The survey also showed that 75% of Russians believe that Russia should follow its own political path, despite European sanctions imposed after the crash of MH17 and the Crimea. The survey was conducted in the end of 2019, among 1.6 thousand inhabitants of Russia.

The plane of Malaysia Airlines, carrying out flight MH17 from Amsterdam to Kuala Lumpur, crashed in the sky above the Donbass July 17, 2014. Then killed 298 people, most of whom were citizens of the Netherlands. The final outcome of the investigation is not yet announced. According to preliminary findings, the airliner was shot down by a missile launched from the equipment, brought from Russia by the Armed forces of the Russian Federation. Moscow involvement in the plane crash denies.

In June of 2019 the Ukrainian intelligence services detained the former commander of the air defense of Vladimir Tzemach in the city of Snow (the territory of the breakaway Donetsk people’s Republic, 20 km from the Russian border). He was arrested for two months on suspicion of involvement in the Downing of flight MH17, in September, Ukraine gave Russia in the framework of the exchange of prisoners citizens. The public Prosecutor’s office will ask Russia to extradite him.