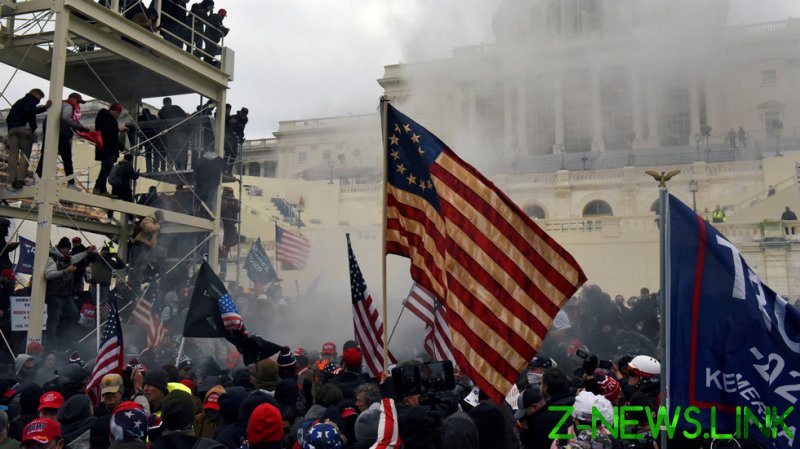 According to a new ABC News and Washington Post poll, the majority of Americans surveyed hold the president directly responsible for the storming of the Capitol, which took place after a protest against President-Elect Joe Biden’s 2020 victory and resulted in five deaths.

Asked whether Trump “should be charged with the crime of inciting a riot,” 54 percent said yes, while 43 percent said no. 57 percent of participants concluded that Trump bears either a “great deal” or a “good amount” of responsibility for the incident – while the actions of those behind the storm were opposed by 89 percent of those polled. 56 percent said the president should be removed from office and barred from running for president in the future.

The storming of the Capitol also made 51 percent of Americans feel less confident about “the stability of democracy in the United States,” though just 20 percent admitted to feeling “pessimistic” about the future state of the US in general.

Many Democrats – and even some Republicans – have blamed Trump for last week’s riot, accusing him of inciting it with his claims that the 2020 presidential election was ‘stolen’.

Trump was banned from nearly every major tech platform – including Twitter, Facebook, and YouTube – and is now at the center of a second impeachment attempt. The House of Representatives voted to impeach the president on Wednesday by 232-197, and Trump now faces an impeachment trial in the Senate – despite the fact he is set to leave the White House in just five days.