Home / WORLD / 2020: The year that may have finally broken American politics, and perhaps the USA itself

2020: The year that may have finally broken American politics, and perhaps the USA itself 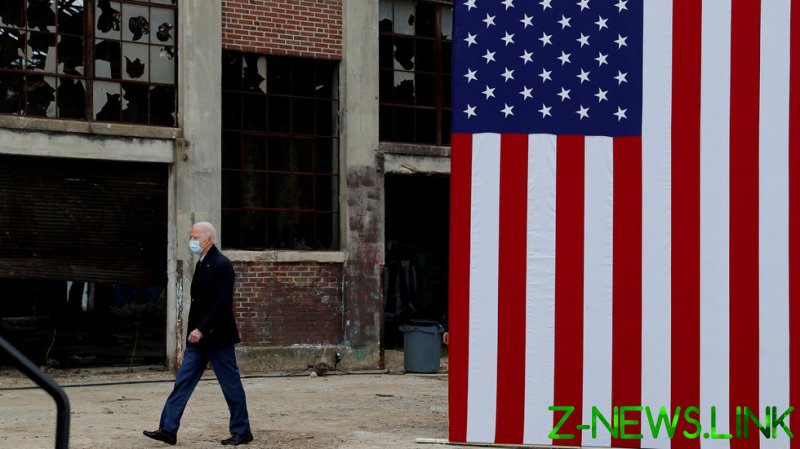 Between the pandemic and the government response to it, the ‘fiery but mostly peaceful’ race riots, and the controversial presidential election, the events of the past year may have altered American politics – and the country itself – forever.

Only a few now remember that the top story of January was Trump’s impeachment in the Democrat-dominated House of Representatives, that predictably failed in the Republican-majority Senate. Within days, Trump would ban travel from China over the reports of a dangerous new respiratory virus – and get called racist by people who urged everyone to flock to Chinatown and revel in diversity.

When the virus came into the US anyway, the narrative rapidly shifted. The same media who called Trump a wannabe-dictator for years now lamented he was refusing to be dictatorial enough by rejecting a nationwide lockdown. His critics responded by imposing harsh lockdowns on states under their control – while exempting themselves from their own rules.

Millions of Americans found themselves under de facto house arrest, many losing their jobs. Unable to go out and socialize, they became a captive audience for the mainstream media constantly preaching fear and outrage – and reliant on social media that quickly moved to ruthlessly censor any opinion their CEOs and staff disagreed with. This included censoring the president himself.

The cup ran over in June, as “peaceful protests” that broke out in Minnesota over the death of George Floyd spilled across America and even internationally. Officials who insisted on lockdowns suddenly reversed course and endorsed the riots – only to impose lockdowns again.

After the initial “relief” package that gave individual Americans a one-time payment of $1,200 and a one-size-fits-all unemployment package, Republicans and Democrats locked horns over follow-up measures. Both parties insisted they were acting in the best interest of “the people” while accusing the other of playing politics and holding Americans hostage. The one which commanded the media bullhorns predictably came out ahead.

In any case, there would be no relief until after the election – and even then, a paltry $600 apiece, while the mammoth omnibus spending bill lavished a million times as much on imperial projects abroad.

Yet the final days of December saw Trump join forces with many Democrats in pushing for a $2,000 payment, while much of his own party objected. Meanwhile, Democrats and Republicans banded together to oppose Trump’s attempts to bring US troops home from “endless wars” in Afghanistan, Iraq and Syria. The old welfare-warfare compact is perhaps the only bit of bipartisanship that still survives.

One might have expected Republicans to go after Big Tech, as Silicon Valley companies overwhelmingly donated to Democrats in this election cycle and habitually censored Trump, conservative viewpoints, and even one of the oldest US newspapers at one point.

Think again: it was the Democrats who led the charge to break up Facebook and Google citing antitrust laws, while Republicans chose lobbyists paying them to preserve Section 230 protections over Trump insisting on its reform.

In other respects, though, both parties have undergone much internal turmoil. It may have looked early on in 2020 that Bernie Sanders might do better than in 2016, but the Democrats’ mobilized the entire establishment to first torpedo his candidacy, then force everyone – even Bernie – to bend the knee to Joe Biden.

Meanwhile, Trump enjoyed record popularity among the Republicans – but kept getting tripped up by “moderates” like Mitt Romney, eager to go back to the way things were. Fanatical NeverTrump-ers like the Lincoln Project crew even joined the Democrats outright, denouncing Trump and the Republicans as “fascists.”

Trump was also the only one to call out the Democrats’ identity politics, but even he followed the party establishment in hammering the reheated Cold War narrative accusing the other side of “socialism.”

While Trump held record-breaking campaign rallies, Biden hardly left his Delaware basement. On the night of November 3, the incumbent was winning – only for massive numbers of mail-in votes to appear overnight and pull Biden ahead, just like the Democrats had been saying for months would happen.

The official result had Biden winning the most votes in US history – much more than Barack Obama – and 306 electoral college votes to Trump’s 232 – the exact same count by which Trump defeated Hillary Clinton in 2016.

Pointing out any incongruities about this soon became a bannable offense on social media, however. Attempts to redress grievances through the system likewise foundered: every institution, from local and state officials to federal judges and the Supreme Court itself, looked the other way and found pretexts not to hear any complaints.

Rather than back Trump, the Republican establishment seemed content with winning some seats in the House and put all their efforts into the two Senate run-offs in Georgia. As Trump himself and many of his supporters pointed out, however, that’s a losing strategy.

Their pleas seem to have fallen on deaf ears, though. As 2020 draws to a close, Democrats believe their every move over the past four years has been vindicated by Biden’s victory and are gearing up to act accordingly. Meanwhile, the Republican voters overwhelmingly back Trump’s challenge to the US establishment – however unsuccessful it may have been – while the party leadership seems to long for a return to permanent political loserdom.

What might seem like normal DC political drama at any other time, however, becomes an existential issue for millions, at a time when everything in the US has become political and politicized.

There has always been a disconnect between most Americans and the “elites” seeking to rule them, but until 2020 there was at least a pretense that could change through elections and working through the system. The year that was may well have killed off that pretense. Now the US is divided between people who believe the establishment and think the system is working – and those who think it is broken and they have no recourse for their grievances. What happens next is anybody’s guess.