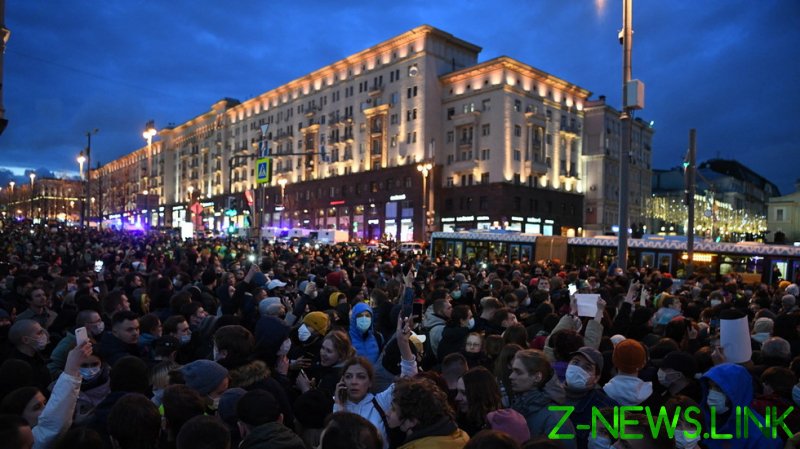 Speaking at a meeting about security, immigration, and interethnic relations in Russia’s Public Chamber, the head of Moscow Police’s migration department revealed that the capital will ban those who pose a threat to public security and public order for a long time.

“The migration units made a decision not to allow entry for 40 years for 122 foreign citizens who participated in unauthorized actions and protests on the territory of Moscow,” Dmitry Sergienko said.

Although Sergienko did not specify which protests these foreign citizens took part in, it is likely that most attended January’s marches in support of jailed activist Alexey Navalny, demanding that he be released from prison. Allies of the opposition figure claimed that around 40,000 people attended their Moscow protests on January 23. However, the authorities gave a much lower number, at just 4,000. A week later, another march was held, but the turnout was significantly smaller.

In early February, Moscow expelled diplomats from Germany, Sweden, and Poland, accusing them of attending demonstrations, despite objections from the relevant three embassies concerned.

“Don’t meddle in the internal affairs of a sovereign state. And we recommend that everyone deals with their own problems,” Foreign Ministry spokeswoman Maria Zakharova told Moscow business daily RBK. “Believe me, there are enough of their own problems in these countries, there are plenty of issues to deal with.”

Sergienko also noted that in the last three months, 24,455 foreigners “prone to offenses” were banned from entering Russia by Moscow police.