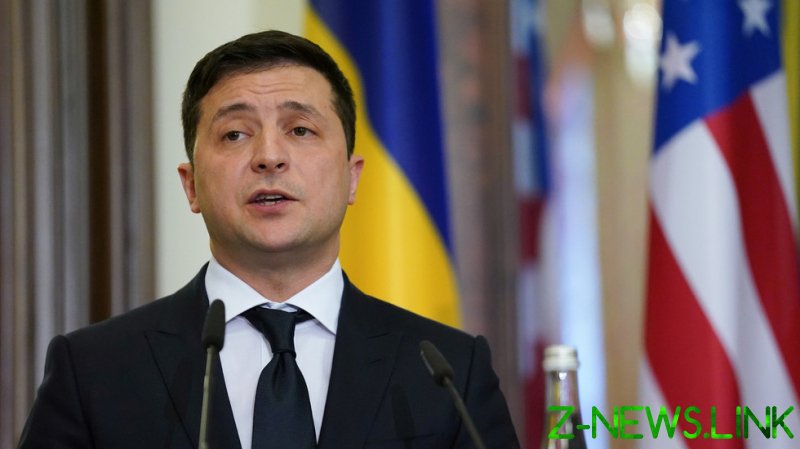 The fall in the favorability of both Zelensky and his faction comes as the politician has been slammed from many sides for what some see as growing authoritarian tendencies, including purging party members for disagreements and organizing a vote against the speaker of the parliament.

The poll, conducted by the Kiev International Institute of Sociology (KIIS), found that just 24.7% of Ukrainians would vote for Zelensky, a significant drop from the 33.3% in September. Zelensky is still ahead of the pack, however, beating out former president, Petro Poroshenko (15.6%), and former prime minister, Yulia Timoshenko (12.2%).

Zelensky’s party is even less popular than its figurehead and has dropped into second place in the opinion polls for the first time. Ahead of Servant of the People (15.5%) is Poroshenko’s European Solidarity (15.7%).

Zelensky’s popularity has taken a hit following a series of controversial moves, including the imprisonment of Ukraine’s parliamentary opposition leader Viktor Medvedchuk, and the removal of Dmitry Razumkov as parliament speaker. Razumkov was formerly a member of Zelensky’s party and was a crucial part of his election campaign.

Interestingly, Razumkov’s ousting seems to have boosted his support, and many of Zelensky’s lost backers may have moved to the former president’s ally. Despite never receiving a single percentage point on opinion polls before, Razumkov has jumped up to 7.1% in the latest approval rating, coming in sixth place.