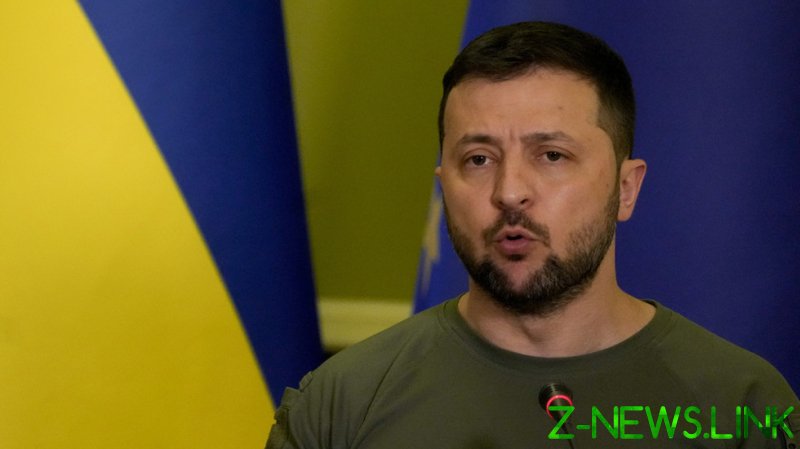 Ukrainian President Volodymyr Zelensky has vowed to “liberate” the Russian territory of Crimea and the independent republics of Donetsk (DPR) and Lugansk (LPR). He was speaking just hours after reports of the Ukrainian military shelling residential buildings, a marketplace and a maternity hospital in the center of Donetsk.

“We will come to all our cities, to all our villages, which do not yet have our flag,” Zelensky boasted in a video address on Monday night, claiming that his army will defeat its Russian opponents in eastern Ukraine and recapture the cities of Mariupol, Kherson and Melitopol from Russian and DPR and LPR forces.

“And I ask everyone who has such an opportunity to communicate with people in the occupied south…say that there will be liberation,” he continued. “Say it to Gorlovka, Donetsk, Lugansk. Tell them that the Ukrainian army will definitely come.”

“Of course, we will liberate our Crimea as well. Let every Russian official who has seized precious land in Crimea remember: this is not the land where they will have peace,” he threatened. 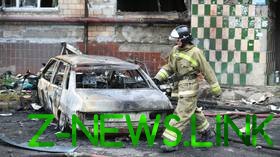 Donetsk and Lugansk declared independence from Ukraine two days before the outbreak of conflict in February, and Crimea voted overwhelmingly to rejoin Russia in 2014.

Hours before Zelensky spoke, Ukrainian shells hit a maternity hospital, a marketplace and residential areas. Dozens of injuries have been reported and a mother and her 11-year-old son are among the dead, according to DPR officials.

Reports claim that as many as 300 rockets and artillery shells hit the city in a single two-hour period on Monday, and that NATO-supplied 155mm shells were used in the attack.

While Zelensky has promised to fly the Ukrainian flag once more over Donetsk, Lugansk and Crimea, there remain major doubts as to his military’s remaining capabilities. Mikhail Podoliak, an aide to the Ukrainian leader, told the BBC last week that Kiev is losing between 100 and 200 troops daily – not counting those wounded – as Russia advances in the Donbass region.

And while Ukrainian troops expend shells and rockets on Donetsk, Podoliak pleaded with the West on Monday for 1,000 more 155mm howitzers – nearly ten times the amount sent by the US so far – and 300 multiple launch rocket systems (MLRS). Assuming that Podoliak is referring to the M270 MLRS systems already donated to Ukraine by the US and UK, he is asking for just under a quarter of these systems in existence worldwide.

“It only takes enough weapons to make it happen,” Zelensky said on Monday night. “The partners have it. In sufficient quantities. And we work every day for the political will to make these weapons appear.”

Zelensky has made several overtures to peace since February, only to call days later for the conquest of Crimea and Donbass. Kremlin spokesman Dmitry Peskov said last month that such “statements that contradict each other” make it “impossible to fully understand [Kiev’s] intentions and whether it is ready to take a sober approach and acknowledge the real state of affairs.”