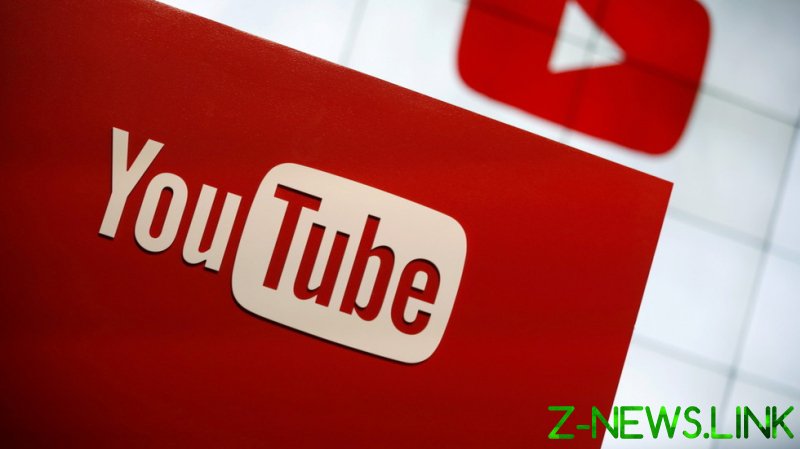 Orfalea is speaking from experience: Last week he received a ‘strike’ and had his channel demonetized for allegedly violating the company’s policy prohibiting “violent criminal organizations.” The flagged video was a seven-year-old satirical fake Starbucks ad, which referred to the coffee chain’s “insanely overpriced beverages for psychopaths.” YouTube later admitted it had acted “in error” and dropped the strike.

Speaking to RT on Sunday, the YouTuber said he felt that he had been intentionally targeted by the company because of an earlier video he made in which he criticized the platform’s attempts to censor discussions about ivermectin, a drug that some medical experts believe could be effective against Covid-19. Orfalea pointed out that it was puzzling why a video from nearly 10 years ago would suddenly pop up on YouTube’s radar.

“Why did they flag that? A video from seven years ago? Well, that tells me that because I had the recent unfortunate experience of YouTube banning me for a video covering YouTube censorship – that told the AI or whatever to keep digging and find more stuff,” he said.

He acknowledged, however, that it wasn’t clear if the decision was made by YouTube employees or the company’s algorithm.

Orfalea expressed similar bafflement at how videos from CNN, NBC and CBS that contain out-of-date and presumably inaccurate information about coronavirus are still allowed to remain on the video site.

“This stuff still exists. So why are you digging back into my history and trying to twist things so absurdly that you accuse me of being involved with a violent criminal organization?” he asked of YouTube’s curious content screening priorities. Orfalea said he understood the “intent” of anti-disinformation policies but basing such measures on what a predetermined, apparently infallible authority deems as ‘true’ is a logical fallacy since “authorities are not always right.”

He noted that the World Health Organization (WHO), which has been declared by YouTube as an unquestionable authority on the health crisis, has “gotten things wrong” about Covid-19. For example, the organization’s critics have pointed out that the WHO initially advised the general public against wearing masks, citing a lack of strong evidence for such measures, only to later reverse its guidance.

As a result, Orfalea continued, what YouTube ends up doing is banning perfectly reasonable public dialogue on important issues.

The things that YouTube’s got its algorithm searching for, as bad material, as dangerous material that we have to ban people for, is just normal discourse.

He pointed out that it seemed excessive to censor discussions about ivermectin, for example, considering medical professionals have testified about its potential benefits before the US Senate.

Ironically, YouTube has allegedly now removed a video in which Orfalea discussed how another content creator “exposed” the platform’s censorship activities.

“YT will not stop f***ing with me. YT just deleted my video showing how YT’s ban of @AlisonMorrowTV was insane! They banned her for showing how NBC & CNN clips are guilty of medical misinformation! They didn’t ban NBC & CNN. They banned her! Now the proof is deleted AGAIN from YT,” he tweeted.

Indeed, it seems that Orfalea’s censorship saga with YouTube may only just be starting. Orfalea says that his channel is still demonetized, despite the company’s claim that it had re-enabled his ability to collect ad revenue from his content.